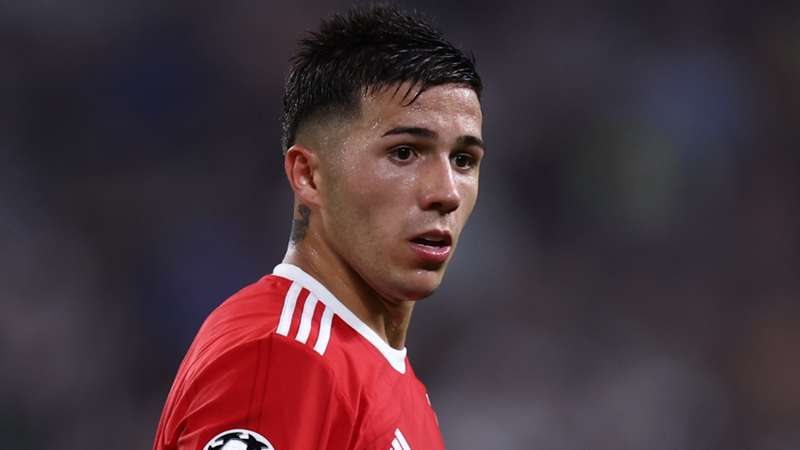 The World Cup in Qatar is now just two months away and the first international break of the season is the final opportunity for squads to convene before coming together for the tournament.

With a mid-season window and just one break before the action commences in November, it presents a challenge for any new faces to establish themselves in their international side before the squad for the World Cup is selected.

Some have been handed glorious opportunities though and Stats Perform has assessed some of the newcomers. 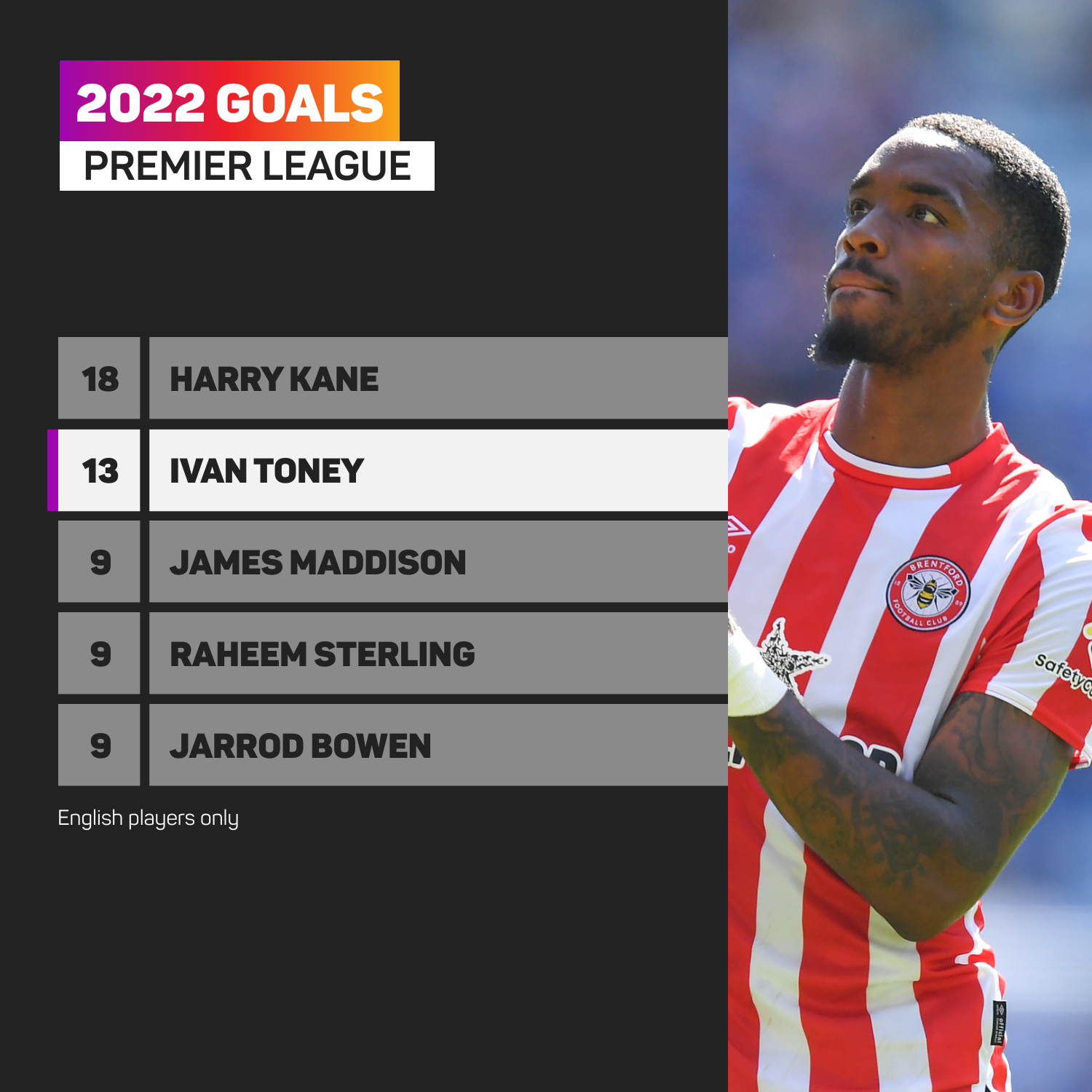 England's main striker role is nailed down by skipper Harry Kane but the role of understudy is a competitive one with the likes of Callum Wilson, Tammy Abraham and Ollie Watkins having earned opportunities – and Ivan Toney is the latest to join that list.

Quickly settling into life in the Premier League, Toney netted 12 goals for Brentford in their inaugural campaign last season but has hit new heights in 2022, scoring 13 goals this calendar year.

Toney doesn't just offer goals, though, as he has also contributed seven assists since August 2021, totalling 24 goal involvements (17 goals, 7 assists) in that period, with Kane (31) the only English player to have more in the Premier League.

This season, Toney has five goals and two assists for Brentford, with a tally of seven goal involvements only bettered by Erling Haaland (12) in the Premier League.

Brother of Inaki Williams, capped once by Spain in a friendly before switching allegiances to Ghana, 20-year-old Nico Williams has been handed a chance by Luis Enrique, who insists the decision is not to ensure he doesn't follow in the footsteps of his sibling.

The right-winger has established himself in Athletic Bilbao's first-team and has made a firm impact this season, scoring twice – including in the recent 3-2 victory over Rayo Vallecano, which marked the first time both he and Inaki had scored in the same match.

Williams' role with Athletic will continue to grow, having only recently become a regular starter for the Basque side towards the end of last season and now starting five of Athletic's six LaLiga matches.

Securing a spot on the plane for Qatar will not be easy considering the vast competition, but Williams may get his opportunity due to his age, with a forward line of the future potentially being created alongside Yeremy Pino and Ferran Torres.

2 - Nico Williams has scored in each of his last two games for Athletic in LaLiga (two goals), having failed to score in any of his previous 40 appearances in the top-flight. Growth. pic.twitter.com/QqXK0aNy4b

Only earning his first start for Ajax in the Eredivisie last season, Kenneth Taylor has become a mainstay in the side this term with five starts across six league appearances for the Dutch champions, following Ryan Gravenberch's move to Bayern Munich.

The 20-year-old has grabbed his opportunity with both hands, scoring three goals and contributing two assists in the league. His control on the ball has also been impressive, misplacing 41 of 352 passing attempts in the Eredivisie for an accuracy of 88 per cent.

In the Champions League, Taylor has yet find the net or contribute an assist, but he has caught the eye. In the 2-1 defeat to Liverpool, he won three tackles, the joint-most in the Ajax side, and completed 92 per cent of his passes.

Those performances have earned Taylor a call-up to Louis van Gaal's squad ahead of Gravenberch, who has been capped 10 times by the Netherlands but has found playing time difficult to come by since moving to Bayern.

Only arriving at Benfica from River Plate ahead of the current season, Enzo Fernandez has quickly made an impression in Portugal, where he was named the Primeira Liga's Midfielder of the Month.

In the third qualifying round of the Champions League, the Argentine struck in both legs against Midtjylland and made a significant impression in the 2-1 group stage win against Juventus – with the most touches (92), pass attempts (71) and accurate passes (68) of his team, as well as the highest pass completion percentage (96%).

He also won 12 duels and won possession on 12 occasions, both tallies that were bettered by none of his team-mates.

His form has already seen him linked with Liverpool, just months after his arrival in European football, and the 21-year-old could be once to watch in Qatar if he secures a seat on the plane. 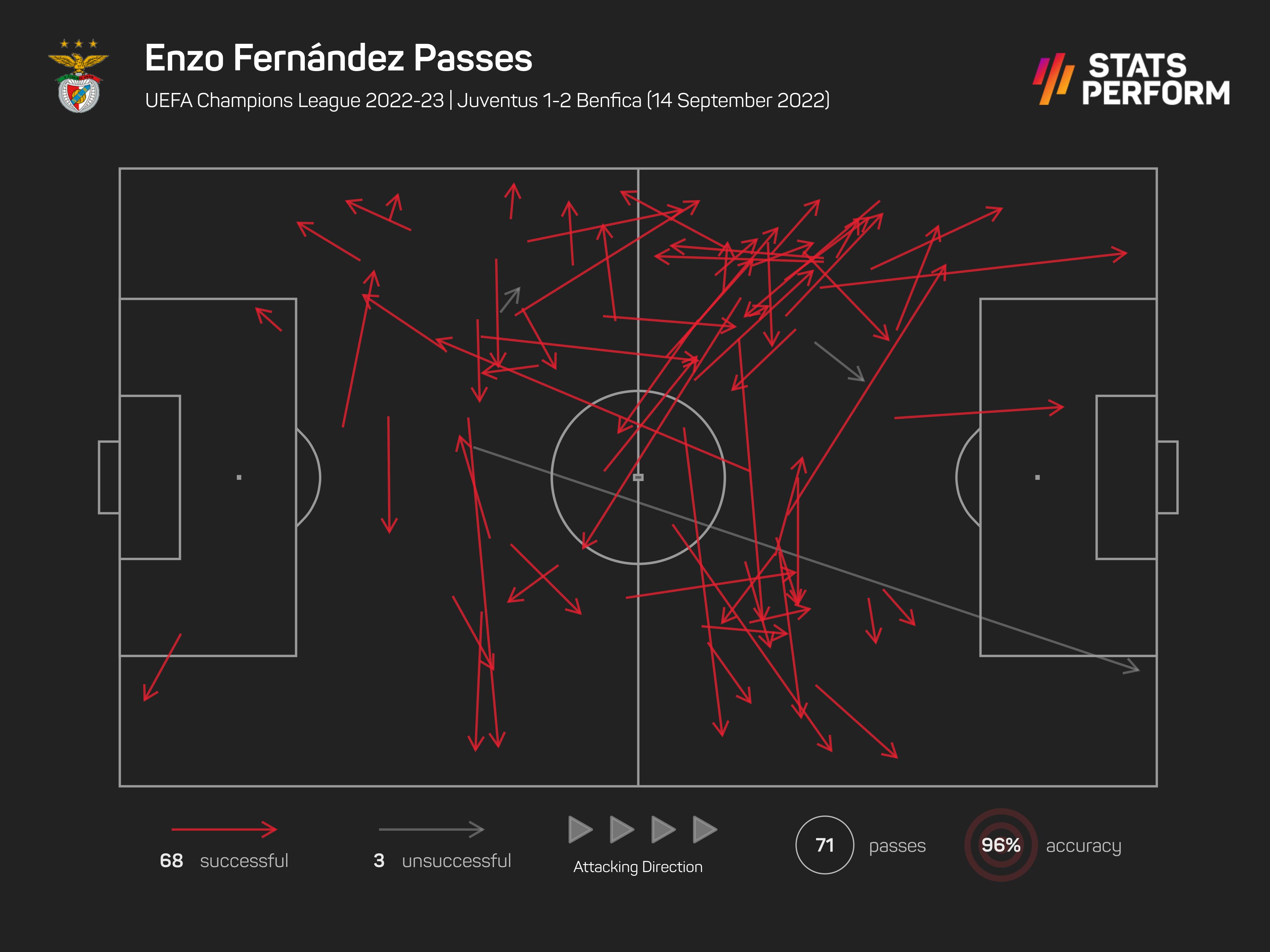 At the age of 29, Borja Iglesias is finally poised to make his international bow with Spain after a sensational calendar year in which he has scored 18 LaLiga goals – with only Real Madrid's Karim Benzema (28) scoring more.

Six of those goals have come in the opening six matches of the 2022-23 season, from which Real Betis have won 15 points to sit behind only Barcelona and Real Madrid in the early-season standings.

Robert Lewandowski (8) is the sole player to score more LaLiga goals than Iglesias this season and he has averaged a goal every 103 minutes, though he is yet to feature in the club's Europa League campaign thus far.

Spain's lack of central striking options may well play into Iglesias' hands in his bid to make the World Cup squad, with the 28-man party for September's Nations League fixtures having only Alvaro Morata as the other natural option through the middle.