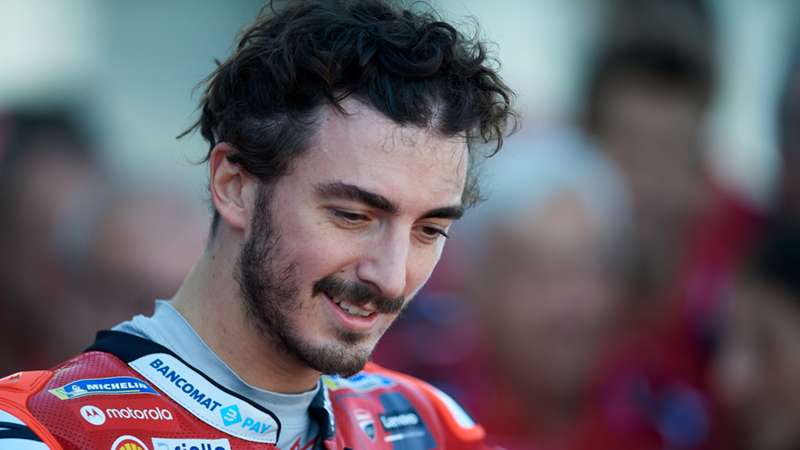 Francesco Bagnaia produced "one of the best laps" of his career to set a new record and claim pole position for Sunday's Aragon Grand Prix.

Bagnaia set an all-time lap record at the Gran Premio Animoca Brands de Aragon on Saturday with a time of 1:46.069 – 0.090 seconds faster than team-mate Jack Miller.

The 25-year-old was victorious at Aragon last year, snapping a run of nine wins in a row for Spanish riders, and looks in good shape to extend his superb form on Sunday.

"I'm very happy about the lap time because I think it's one of the best laps I've ever had," he said after qualifying. "Everything was perfect.

"I was just a bit scared in corner two because I was knowing that the best lap time was on the first attempt but on corner two the front tyre was a bit too cold.

"When I entered I was feeling that the front was closing a bit. That was the only worry to think about because everything else was perfect." 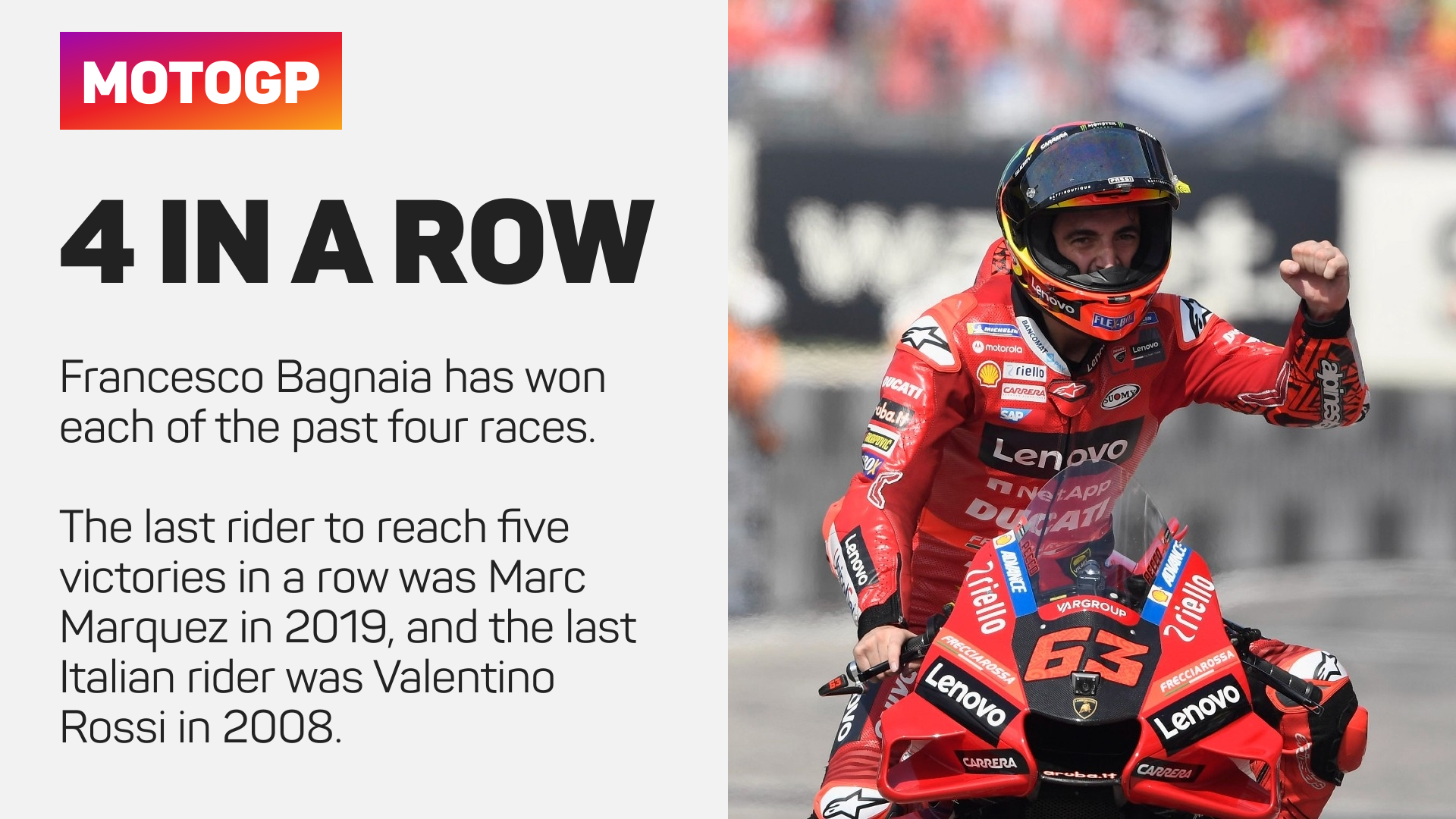 Bagnaia has closed the gap on championship leader Fabio Quartararo from 91 points to just 30 with six race weekends to go.

Quartararo has claimed only one podium finish in his past four grands prix and will start Sunday's race in sixth after losing time on the final sector.

Asked what can be done to avoid a similar outcome happening again, the Yamaha rider joked: "There is no legal plan! It's like this, we know.

"We used video analysis in the last corner to see, and we don't lose [time there]. So we know where the four tenths is being lost. If you add that up over 23 laps, it's quite a lot."

Gresini rider Bastianini has finished on the podium in four races this season, which is double the number managed last season.

Bagnaia pipped Bastianini to victory in a dramatic San Marino GP last time out, but he does intend to engage in any unnecessary battles this time around.

"He's very fast," Bagnaia said of Bastianini. "I think if he has the chance to win tomorrow and if he gets away, I'm not going to go crazy trying to stay with him.

"Of course, it's important to bring back a lot of points, but it's also true that we're coming to a phase of the championship where it's essential to bring back results.

"I already made too many mistakes at the beginning of the year, so we have to understand that and try not to repeat them."

Bastianini is fourth in the overall standings, albeit 73 points behind leader Quartararo, but is happy with his performances in recent races.

"Since the summer break I've been stronger in the qualifying, but the reality is that I don't know why," he said.

"It's better for me and I think my feeling with the bike is fantastic from Silverstone. We have been fast in all the races and this is the most important for me.

"The first row is important for me to do a great race. I have to manage the first part of the race well and at the end there is the possibility that the tyre will be destroyed."