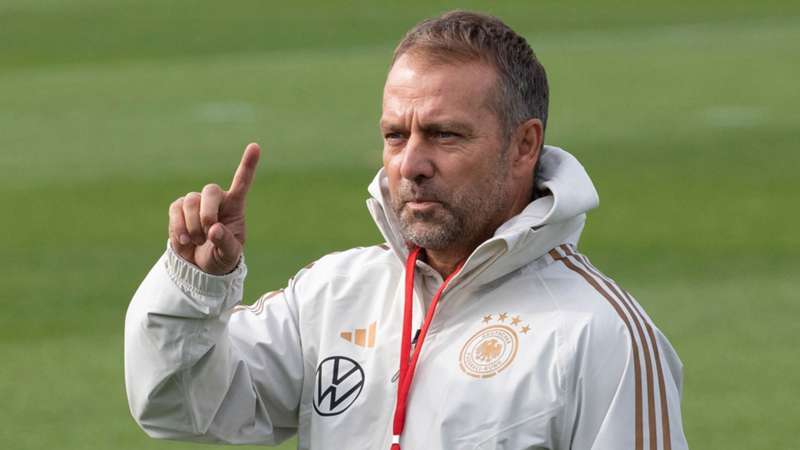 Germany will face Japan, Spain and Costa Rica in Group E, with their first game to be played against Japan on November 23, three days after Qatar take on Ecuador in the opener.

Flick said in a German newspaper interview on Tuesday that the question of Qatar's bid being accepted as a justified one "should have been answered much earlier – with a no!".

He told the Suddeutsche Zeitung: "It is obvious that a lot is wrong in Qatar when it comes to human rights and sustainability."

The Arab country has faced external criticism for its treatment of migrant workers, as well as its record on women's rights and treatment of LGBTQ people.

Human rights campaigner Amnesty has called for migrant workers to be compensated for "suffering endured" in Qatar during preparations for the World Cup, calling for FIFA to support a 'remediation programme' and warning of the prospect of the tournament being "indelibly tainted by human rights abuses".

Flick has also expressed concern about a Qatar World Cup in the past.

Speaking in August, Flick said the World Cup would not be a tournament "for fans", and would instead go against his belief that "football should be there for everyone".

Which legend made you fall in love with the #FIFAWorldCup?  pic.twitter.com/zwSY0L2jlf

Given Qatar's limited accommodation facilities, the high costs involved in making the trip, and the move to the middle of the European club season, the competition has presented issues for fans, clubs and players, even beyond the moral debates.

Flick told the Frankfurter Rundschau: "[I have friends] who would like to fly to Qatar, but choose not to for a variety of reasons. Football should be there for everyone. That is why I say it is not a World Cup for fans."