Ivan Toney has been handed his first England call-up ahead of the Nations League fixtures against Italy and Germany this month.

Only Haaland (11) has been involved in more Premier League goals than Toney (five goals, two assists) so far this term. Toney is also averaging one goal contribution every 77 minutes this season, compared to one every 171 minutes last campaign.

But all three strikers will meet up with the squad for this month's matches, in which England will bid to avoid a humiliating relegation from Group A3. England play Italy on September 23 in Milan, before tackling Germany at Wembley three days later. 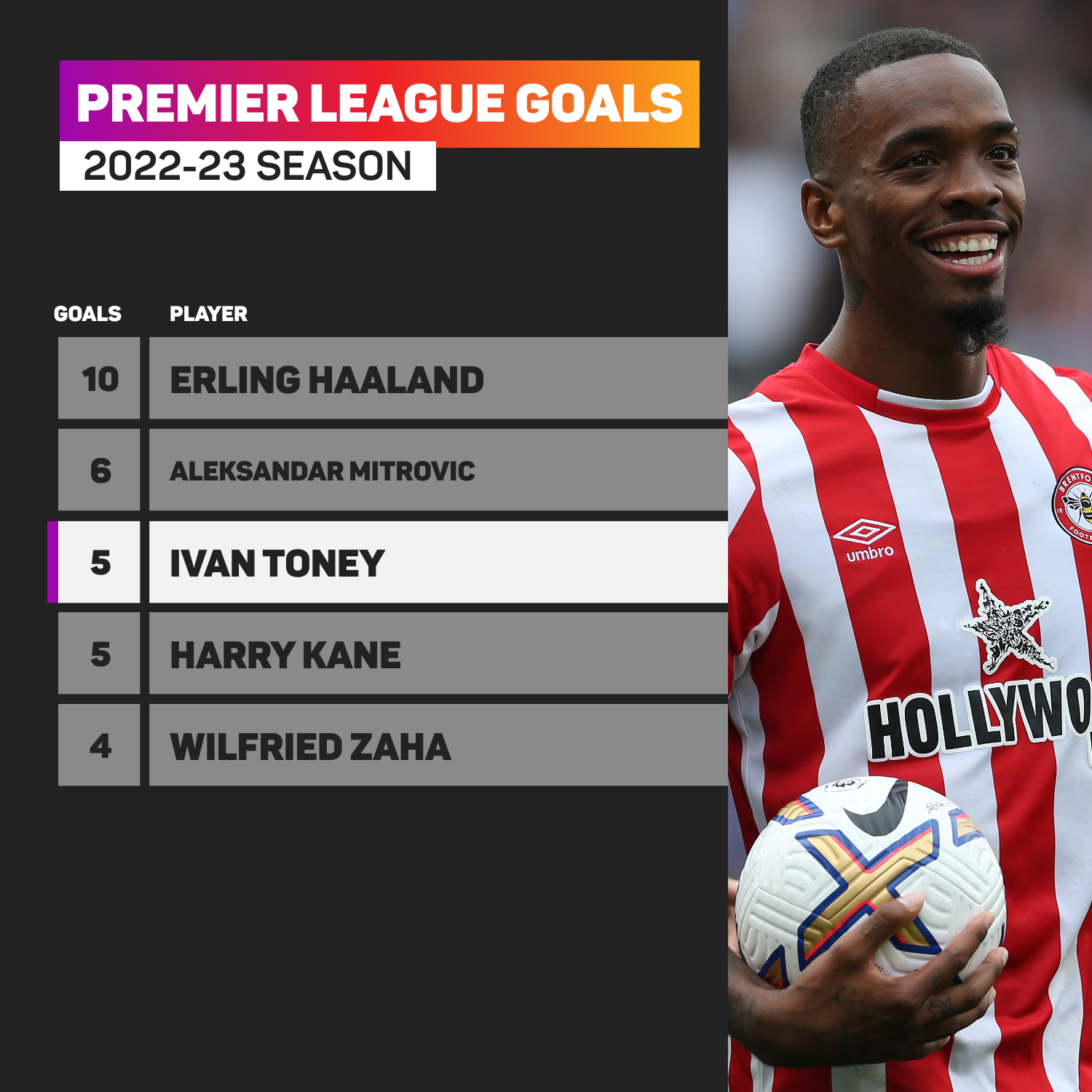 Manchester United winger Jadon Sancho has failed to force his way back into contention despite the Red Devils' improved Premier League form, while club-mate Marcus Rashford is absent after struggling with an injury.

United skipper Harry Maguire retains his place despite starting just two of his club's six Premier League games – both of which ended in defeat.

Maguire could be joined at the back by United team-mate Luke Shaw, who is one of four defenders to earn a recall to the 28-man squad, alongside Trent Alexander-Arnold, Ben Chilwell and Eric Dier.

Gareth Southgate has named a 28-man squad for our #ThreeLions' upcoming games against Italy and Germany:

Regular goalkeeper Jordan Pickford is another who is absent through injury, with Nottingham Forest's on-loan shot-stopper Dean Henderson stepping in.

Chelsea's Conor Gallagher and Leicester City's James Justin drop out having featured in June's squad, leaving them with much work to do ahead of the World Cup beginning in November.