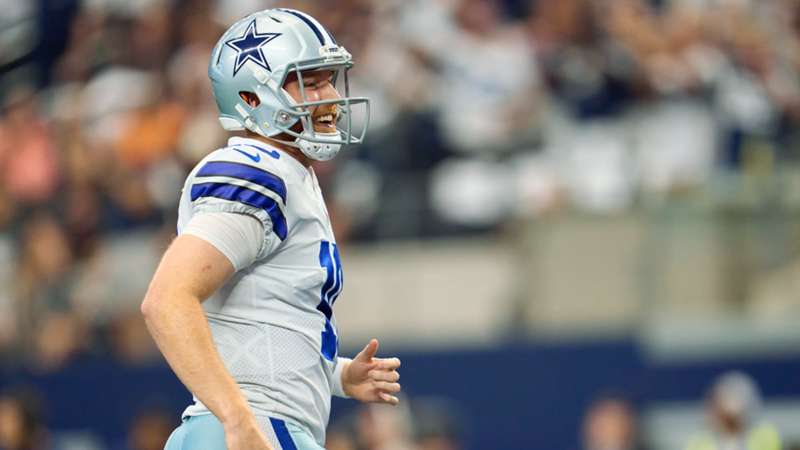 Dallas Cowboys owner Jerry Jones believes their surprise victory over the Cincinnati Bengals served as a tonic for the disappointment of a season opener in which they lost Dak Prescott to injury.

While Prescott's initial recovery timeline was deemed to be six to eight weeks, there is optimism he could return sooner.

Rush significantly boosted Dallas' hopes of still being in a position to contend when Prescott does return, helping to drop the defending AFC champion Bengals to 0-2 on Sunday.

He threw for 235 yards and a touchdown in the Cowboys' 20-17 win, going three of four on the Cowboys' final drive to set up Brett Maher for a 50-yard field goal as time expired to seal victory.

"Anybody knows how disappointing our first loss was last week," Jones said after the game.

"We could point to the reasons why, but that's not enough. But to come out here with our same home crowd and beat a really fine young quarterback and beat a team that was playing in the Super Bowl just a few months ago, that's a big tonic for the disappointment we had.

"And we all know how tough these games are that we've got coming up, but the main thing is kudos to Cooper Rush.

"That shows me so much about him and the principle of he kept a workmanlike basis. He's done that. He's gotten better. He knows this offense as well as anybody breathing, and he stepped out there and did some great execution."

MAHER DID THAT! FOR THE WIN!

Rush's performance helped calm some nerves about the prospect of playing without Prescott for any extended period.

"When [Prescott] has strength, which I have no idea when that will be, but it will be not an issue of being concerned about re-injuring the thumb. It will be an issue of his ability to grip the ball, and you know Dak, he's beat every timeline I've ever seen or looked at," added Jones.

"So he's got a good chance to do it, but there's no question that we didn't put him on injured reserve. I want to be real clear about that – we did not put him on [IR], so he could be working during these weeks.

"He could be out there, throwing, [and] certainly involved in everything else. He couldn't have done that had we put him there.

"I certainly would look to hope that he just might be available, but I'm telling you, this performance out here today by Rush sure takes a lot of the angst out of that."