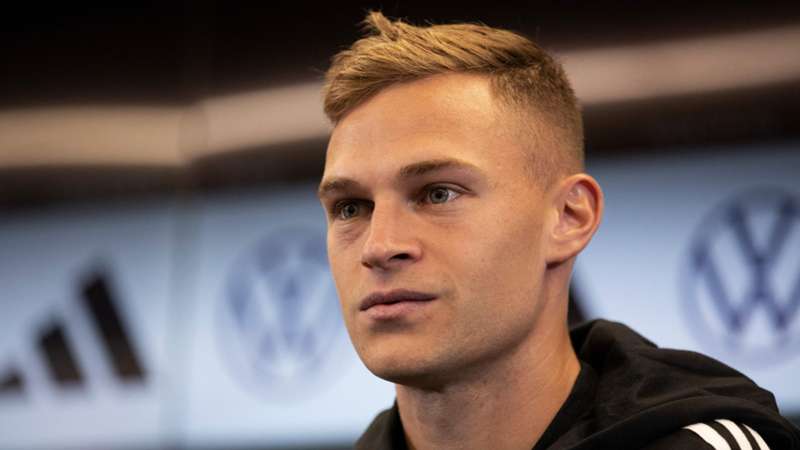 Joshua Kimmich has mixed feelings about playing a World Cup in Qatar but insisted players cannot be expected to boycott the finals at this late stage.

Kimmich spoke at a Germany press conference on Tuesday, ahead of Nations League games against Hungary and England, the last get-together of Hansi Flick's squad before the coach chooses his players for the World Cup.

The November and December dates for the tournament are unusual, and all part of the package that has come since Qatar was surprisingly awarded hosting rights in December 2010.

Concern about the country's human rights record has persisted and is sure to continue into the tournament itself.

Kimmich said: "As a player, you're always extremely keen on a World Cup. There's a lot of discussion about it this year, and rightly so."

He added: "At the end of the day, players are always asked for a boycott. We're 12 years too late. Something like that has to be taken into account beforehand.

"It's a balancing act. On the one hand, you're looking forward to the huge event; on the other hand, there are these grievances that we address again and again."

The final international break before the World Cup

Let's make it count and reach the Nations League Finals while we're at it!  pic.twitter.com/fnWUcDkvgd

Midfielder Kimmich will have little time to step back and look closely at the Qatar situation because the demands on players this season are extreme.

As well as domestic league and European commitments being crammed tightly together ahead of the World Cup, there is also the Nations League, where Germany have won one game and drawn three so far.