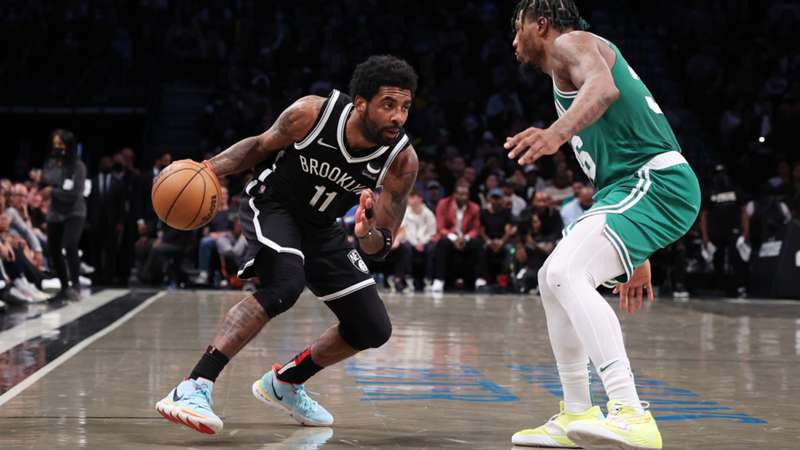 With Irving being teamed with Kevin Durant and James Harden, many felt Brooklyn were the favourites to go all the way.

However, Irving only made 29 appearances in all for the Nets, mainly due to his unvaccinated status meaning he could not play any home games until late in the season when the ban in New York on unvaccinated players was lifted.

Durant also missed some games through injury, while Harden struggled for form before being traded to the Philadelphia 76ers in exchange for Ben Simmons, who is yet to make his Nets debut.

Speaking on Twitch for streamer KaiCenat, Irving said: "We got 4-0'd my G, we got 4-0'd. It was meant to happen like that. Motivation, bro.

"We needed that humbling experience, especially going against the Celtics. It was already built to be that match-up.

"So to see them do what they did last year on the Finals stage, making it that far, I'm glad they had to go through us."

Irving – who exercised his $37million player option with the Nets for next season in June – still managed to average 27.4 points per game last year, as well as 4.4 rebounds and 5.8 assists.

My Dad told me at a young age,
I had a 1 in 3,333 percent chance (.03%) of making it to the NBA and that I should have back up plans for my life regardless if it happened or not. I am grateful he told me the truth because With or without basketball, I know myself.
A11