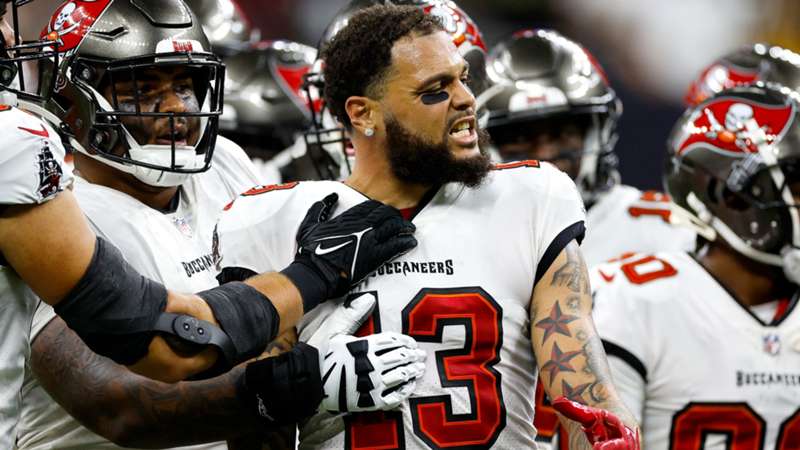 Mike Evans has been suspended for one game without pay by the NFL after the Tampa Bay Buccaneers wide receiver clashed with the New Orleans Saints' Marshon Lattimore.

It boiled over in the fourth quarter when the latter got in the face of Tom Brady as the Buccaneers' quarterback appealed for a penalty flag on an unsuccessful third-down play.

Evans came in and knocked Lattimore to the turf, prompting a melee that resulted in both players being disqualified.

The pair have history, with Evans previously being suspended for one game for a cheap shot on Lattimore in 2017.

Evans spoke to the media after the game and did not expect to receive any kind of suspension, though that confidence was clearly misplaced.

An NFL statement read: "NFL vice president of football operations Jon Runyan issued the suspension for a violation of Rule 12, Section 2, Article 8(g) which prohibits 'unnecessarily running, diving into, cutting, or throwing the body against or on a player who is out of the play or should not have reasonably anticipated such contact by an opponent, before or after the ball is dead,' as well as Rule 12, Section 3, Article 1 which prohibits any act which is 'contrary to the generally understood principles of sportsmanship'."

Runyan also personally wrote to Evans explaining the decision, which is still subject to a potential appeal.

He said: "After a play had ended, you were walking toward your sidelines. When you noticed your team-mates engaged in a confrontation with Saints' players, you ran toward that area on the field and violently threw your body into and struck an unsuspecting opponent who was part of that confrontation.

"You knocked your opponent to the ground and a melee ensued involving players from both teams. Your aggressive conduct could have caused serious injury to your opponent and clearly does not reflect the high standards of sportsmanship expected of a professional."

Evans can return to the Buccaneers' active roster on September 26, the day after their game against the Green Bay Packers.