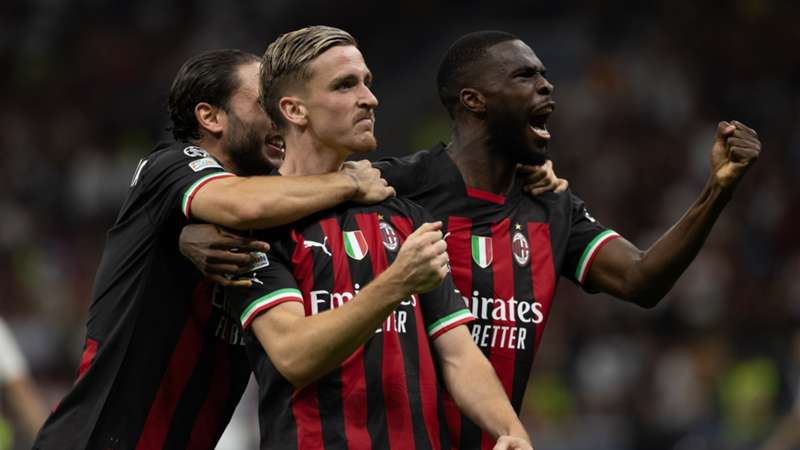 Milan earned their first win of this season's Champions League group stage, but were made to work for it by Dinamo Zagreb as the Italian champions secured a 3-1 victory at San Siro.

They were made to sweat after Mislav Orsic – who scored the winner against Chelsea for Dinamo last week – pulled his team within one goal again with a fine finish just before the hour mark.

The Rossoneri appeared to tire in the closing stages of the game, but sealed the points when substitute Tommaso Pobega swept in a third for Milan's first home win in the Champions League since they beat Celtic in September 2013.

Milan made the early running, with Sandro Tonali and Giroud seeing early efforts sail over the crossbar, while Ismael Bennacer and Saelemaekers had shots from range easily saved by Dominik Livakovic.

A rare moment of panic from an otherwise organised Dinamo cost them when Josip Sutalo kicked through the back of Leao as he tried to intercept a pass into the area, and the referee pointed to the spot, with Giroud calmly sending Livakovic the wrong way from 12 yards, putting his penalty to the goalkeeper's left to give Milan the lead just before the break.

It did not take long in the second half for Pioli's side to double their advantage, with Leao working space down the left before standing up a cross for Saelemaekers to head in from close range for his second goal in two group stage games this season.

The game was not done though, with the dangerous Orsic playing a neat one-two with Bruno Petkovic, cutting through the Milan defence before the former placed his shot into the far corner of the net to halve the deficit.

Pobega finished well to clinch it after 77 minutes, hitting a first-time shot from Theo Hernandez's cut back in off the bar as Milan move on to four points in Group E from their first two games, a point ahead of Dinamo.