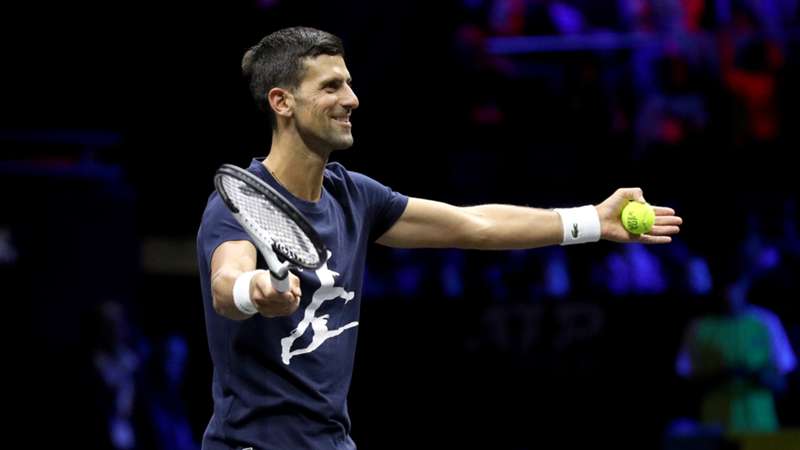 Novak Djokovic does not regret missing out on the US Open due to his vaccination stance and is waiting to discover if he will be allowed to compete in the 2022 Australian Open.

Though Djokovic was able to extend his record at Wimbledon, he lost joint control of the outright Open Era title for most men's single majors to Rafael Nadal, after the latter won in Australia and then at the French Open.

Carlos Alcaraz, meanwhile, won a maiden grand slam to become the new world number one with victory at Flushing Meadows earlier this month.

Djokovic was barred from entering the USA on vaccination grounds, but speaking ahead of this week's Laver Cup, the Serbian says he does not rue his choice.

"No, I don't have any regrets," he said. "I mean, I do feel sad that I wasn't able to play but that was a decision that I made, and I knew what the consequences would be. I accepted them and that's it."

A practice session unlike any you've ever seen before #LaverCup pic.twitter.com/afhnYa0rSa

Djokovic was quick to hail teenager Alcaraz, congratulating the Spaniard for his victory, and adding: "He did it in an incredible fashion. He's 19 years old and already the number one in the world.

"I think he's a great addition to our sport, a great star in the making. We can't speak about him as the future because he is already the present."

Djokovic's 2022 started in less than auspicious circumstances when, having been granted an exception to compete in Australia despite the nation's strict COVID-19 protocols, he was subsequently deported.

Questions over whether he would even be allowed back in the country remain up in the air, but the Serbian is hopeful of a reprieve.

"I'm waiting for the news," he added. "It's really not in my hands right now. So I'm hoping I can get some positive news soon."