England has seen its fair share of historic moments as of late, and the trend will continue when the men's national cricket team plays a first match in Pakistan since 2005.

It is expected that a sell-out crowd of 35,000 will be on hand to take the moment in, and England vice-captain Moeen Ali is "honoured" to be leading his team against in the country of his birth, with regular skipper Jos Buttler missing for the opener with a calf injury.

"Being captain, regardless of who it's against, is a great honour," he said at a press conference. "But to do it in Pakistan, coming back after so long... on top of that, having family who migrated from here back in the day, it's amazing to lead the England side. It's awesome.

"I'm somebody that wants to play cricket in every cricketing nation. Pakistan and Zimbabwe were the two I've really wanted to tour. It's amazing that we're here. It's a big thing for England to come to Pakistan."

With the T20 World Cup on the horizon, both teams will be looking to prepare with a strong showing in this series.

England are unbeaten in their last five men's T20I matches against Pakistan away from home, winning four and drawing one.

However, they have not played them outside of England since November 2015.

Despite heartbreak in the recent Asia Cup final against Sri Lanka, Pakistan are in strong form, having won four of their last five men's T20Is on home soil, with their only defeat coming in their most recent clash against Australia in April. 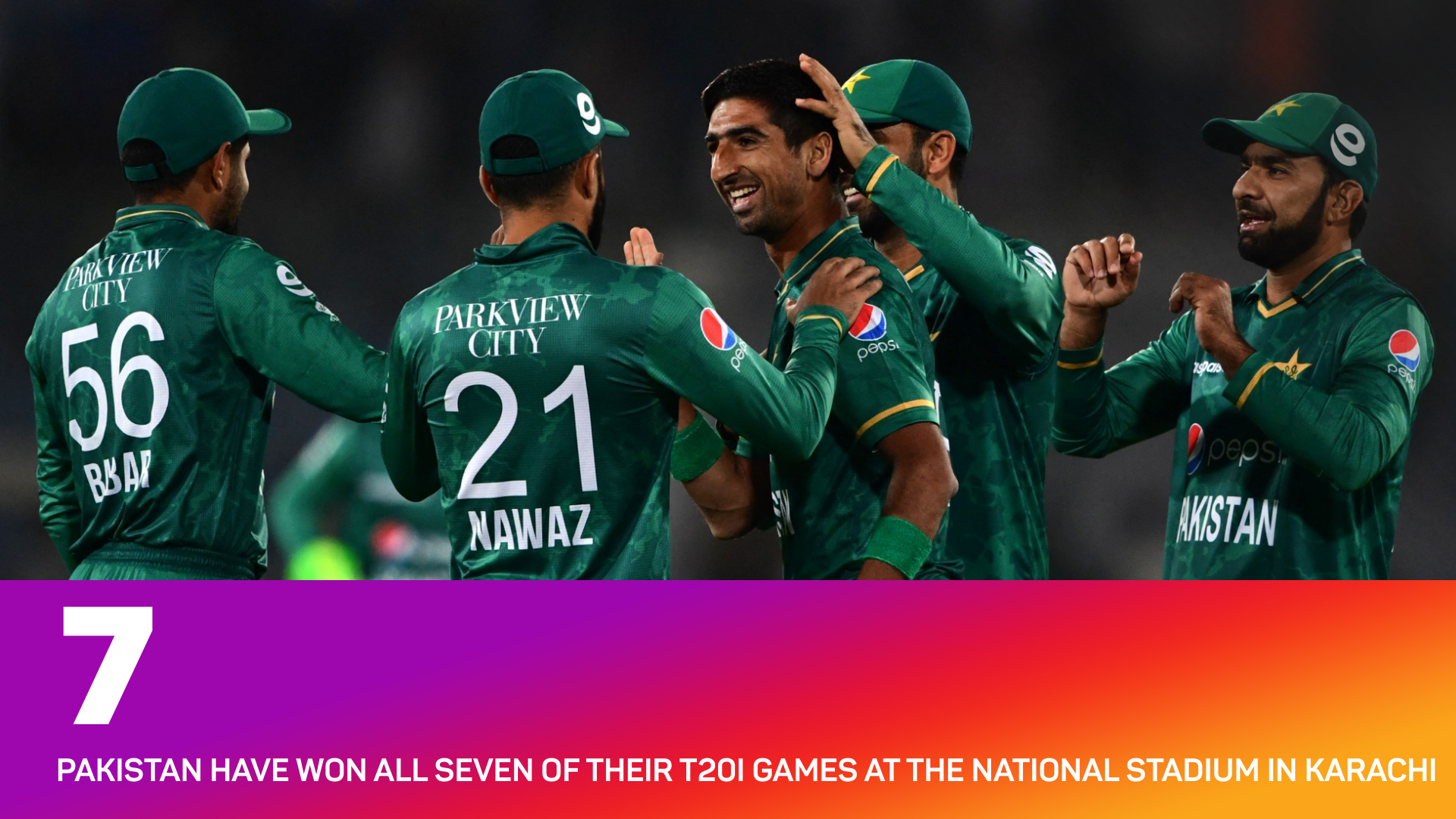 They have a 100 per cent winning record in the seven T20Is played at the National Stadium in Karachi. At no other venue have Pakistan won more games in the format without registering a single loss, which does not bode well for the tourists given the first four games of the series will be played there.

England come into the series having begun a new white-ball era, with head coach Matthew Mott and freshly installed captain Buttler, who took over following the retirement of Eoin Morgan.

Moeen is taking his role as vice-captain seriously, though, and wants this tour to be the "starting point" as England look ahead to the World Cup in Australia.

"It's important we don't put pressure on ourselves and say 'we are going to win the World Cup'," he said. "I don't think we're favourites now. We are one of the better sides, but not favourites.

"This summer was quite poor for us. We didn't play very well at all. This is going to be the starting point. You are going to see a real change in the way this side plays and goes about things."

If they can match the change in fortunes of their Test side, England could be about to put on a show in Pakistan. Either way, the fact they are once again playing in the country feels more significant than any result that could occur over the next seven games.

Final preparations  as we're one sleep away from the start of the #PAKvENG T20I series #UKSePK pic.twitter.com/V5OvgLN9IP

Shadab looking to climb the ranks

Pakistan vice-captain Shadab Khan is hoping for a historic series of his own.

He currently sits on 81 wickets in T20Is, and needs just five more to become the outright second-highest wicket-taker for Pakistan in the format, with Saeed Ajmal and Umar Gul on 85 each.

Safe hands the key for England

T20Is can often be decided by the fine margins, such as competence in the field. To that end, England have managed a catch success rate of 89 per cent in the format in 2022, the highest such rate for any full member side of the ICC this year.

England have caught 47 of the 53 chances presented to them in this span.