'I trust him unconditionally' – Guardiola has no doubts over Grealish Erling Haaland and Phil Foden added further goals as City stretched their unbeaten away run in the English top flight to 22 games – the longest such run in the club's league history.

Grealish thanked Guardiola for putting him in from the start after he was substituted in the 58th minute of the Champions League victory over Borussia Dortmund in midweek, but the City boss is not interested in gratitude from his players.

"But he has to play for himself and give the best of himself because that’s what I'm looking for.

"I'm happy with him, happy with the victory and Jack has an incredible personality to play and that's why I’m happy for him, but they don't have to say thank you. I just want the best for themselves every time they play – this is what we are looking for.

"He has to be who he is in the good moments and in bad moments that everyone has. He has to say, 'I am Jack Grealish, this is who I am, I go there with a good mentality and try to the best for myself and my team-mates'." 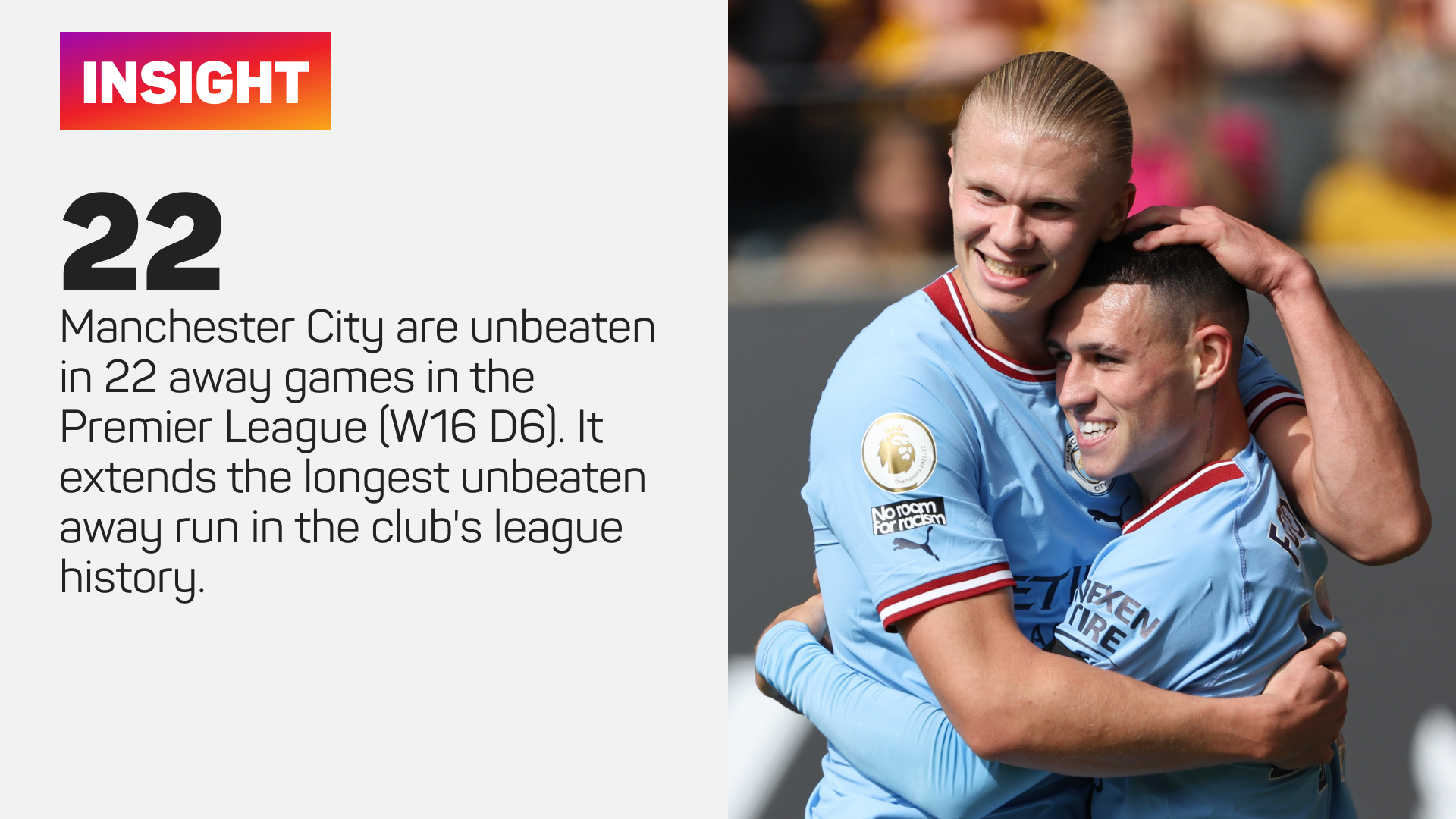 Guardiola was full of praise for former Borussia Dortmund defender Manuel Akanji, who made his Premier League debut at Molineux, hailing the 27-year-old's "perfect temperament".

"He was more than exceptional," Guardiola said. "He is so, so clever. Whether the play is short or long, when he goes, he goes, but not too much to give away a penalty or cause fouls.

"He is so aggressive to go across the opponent and has the perfect temperament to control the situation. Really, really good.

"And John [Stones] was brilliant at full-back, and I'm so happy he could do it two games in a row because we need him."