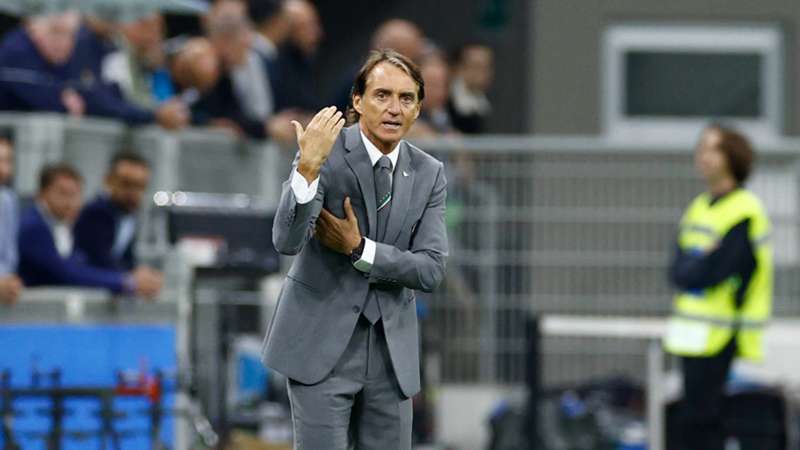 Having failed to qualify for the World Cup in Qatar, Mancini has looked to younger players for the future as the likes of 22-year-old Raspadori have made an impression for the European champions and hailed the displays of his young guns.

"We rebooted in June and were always in the running in this Nations League group. Clearly, we need these games, these wins, so we can grow," he said.

"I expected a good performance and knew it would be difficult, because many of tonight's lads are inexperienced at this level, with not even 30 per cent of England's caps, but I think we won deservedly."

4 - Since his debut with #Italy (June, 4, 2021), Giacomo #Raspadori has scored four goals for the Italian team, no player has scored more than him with the Azzurri in this period (level with Barella). Star.#ItalyEngland

Mancini was then asked why Italy are seemingly more effective when under pressure than in games where they are clear favourites but disagreed that this was the case.

"I don't think we threw anything away, football has an element of luck to it. We won the Euros on penalties, we deserved to win it, then failed to qualify for the World Cup after two games we dominated and did not win against Switzerland," he explained.

"We made mistakes too, that is obvious. I don't know if today was our best performance of the Nations League, we did well against Hungary and Germany too."

As for England, Mancini remains confident that Gareth Southgate's side can be contenders at the World Cup in Qatar and played down the significance of relegation from the Nations League.

"It's always satisfying to beat England, but especially after the difficult time we've had recently, it takes a little pressure off and that is important," he added.

"In my opinion, England are one of the best teams in the world and will have a good chance at the tournament. I don't think they will care too much about the relegation."