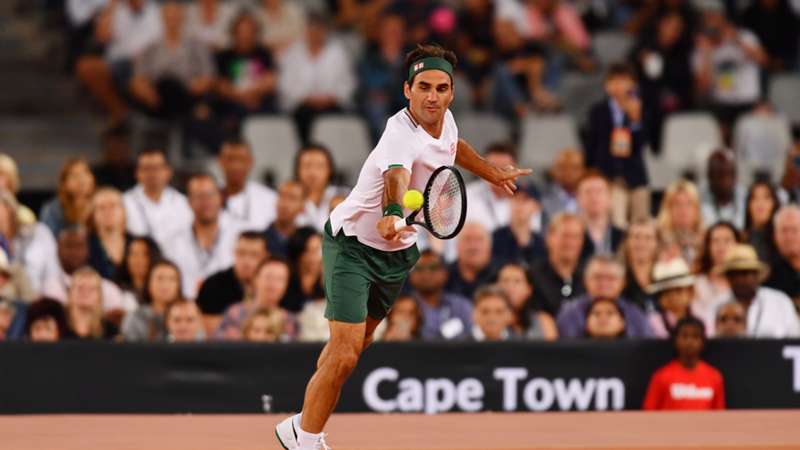 Roger Federer's retirement marks "a generational change" for men's tennis, says Sebastian Fest, after the Swiss great confirmed he would bring the curtain down on his career this month.

It marks the end of a career that saw Federer and then Nadal emerge the best part of two decades ago as the pre-eminent forces in men's tennis, before Djokovic and Andy Murray joined them to form a dominant quartet.

Federer's decision to call time on his playing career has been met with an outpouring of adulation and comes on the heels of Carlos Alcaraz, almost 22 years Federer's junior, claiming the world number one ranking following his US Open triumph.

Now Fest, the author of Roger Federer & Rafael Nadal: The Lives and Careers of Two Tennis Legends, says his exit marks a shift between generations for the sport.

"Nobody wanted it to happen because it was unique, unrepeatable and fantastic years, not only because of him but also for the rivalry with Rafael Nadal and then with Novak Djokovic," he told Stats Perform. "You have to understand that everything comes to an end.

"A curious fact that arises is that four days after Alcaraz wins the US Open and becomes the new number one in the world, on the ATP website yesterday if you were looking for the head-to-head between Alcaraz and Federer there was none, they never played professionally and Federer appeared with zero ranking points and Alcaraz appeared first in the ranking.

"Two years ago this was unimaginable, everything accelerated and at the same moment that Alcaraz reaches the top, Federer says 'enough'. We are facing a generational change and the beginning of a new era."

237 - Roger #Federer stayed 237 consecutive weeks at the number 1: the longest such streak for a male player since the first player rankings were published in 1973. King. pic.twitter.com/LTwyuy8dKH

Fest thinks it is possible to draw comparisons between the new generation of talent and the dominant trio of Federer, Nadal and Djokovic, even with the latter two still competing for major honours.

"Alcaraz has taken a very important step and he is the best of all according to the ranking, he has had a great season," Fest added.

"I think that Alcaraz has a great rival in Jannik Sinner and it could become the new Nadal-Federer because there is a contrast between the northern Italian against the Spanish.

"If Stefanos Tsitsipas recovers and solves his emotional problems and his ups and downs, we will have a great tennis player to enjoy. Casper Ruud would be a new Djokovic, being very solid from the bottom.

"What we saw at the US Open with [Frances] Tiafoe was very good news for US tennis alongside Taylor Fritz. These days, after Queen Elizabeth II died, you can say 'the Queen died, long live the King', and it can also be applied to tennis."