Rumour Has It: Man Utd, Man City and Liverpool all interested in Arsenal record-breaker Nwaneri 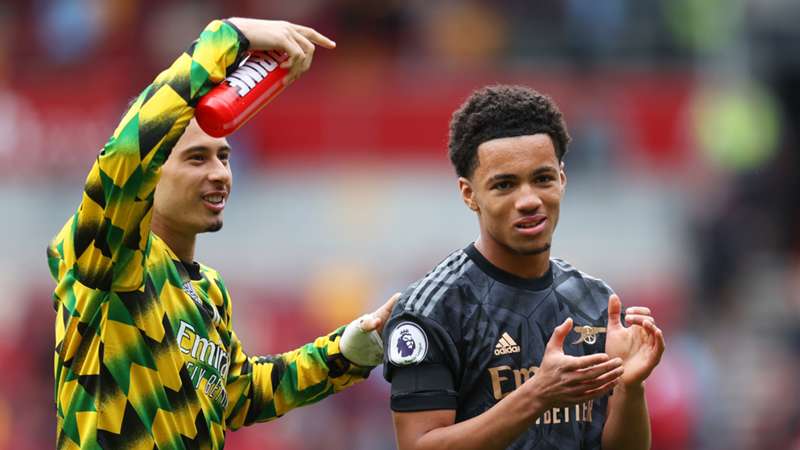 His appearance – and subsequent praise from manager Mikel Arteta – did not go unnoticed, and it seems he is set to become one of English football's most talked-about youngsters.

With Nwaneri still classified as a schoolboy and not set to receive a scholarship with Arsenal until he turns 16 in March, The Times says he is being tracked by United, City and Liverpool.

The report suggests the interest being shown towards him by the country's most decorated clubs may have had some bearing on Arsenal's decision to hand him his debut, although Arteta was adamant it was only due to injuries limiting his bench options.

Whether he remains with the first-team set-up when healthy reinforcements return is unknown, and Arteta's messages were mixed.

As well as saying "we need to create as many scenarios as possible for him to put his talent to the service of the team", Arteta also added Nwaneri should not expect his meteoric rise to continue at the same pace, adding: "After this, maybe he needs three [steps] backwards to go another forward."

– Calciomercato is reporting Juventus officials will meet on Friday to discuss the future of Massimiliano Allegri, with the club sitting eighth in the Serie A table with two wins from seven matches.

– According to La Gazzetta Dello Sport, Chelsea target Rafael Leao would like to remain with Milan and is working on a contract extension.

– Marseille loanee Arkadiusz Milik is impressing during his stint with Juventus, who are interested in activating a €7million buy option in his loan agreement, according to Calciomercato.

– Nice are hoping to hire Mauricio Pochettino to replace coach Lucien Favre after two wins from their first eight games, per ESPN, although The Telegraph claims Pochettino has no interest in the role.