Sergio Ramos and Ansu Fati were left out of Luis Enrique's Spain squad on Friday ahead of Nations League games against Switzerland and Portugal.

The upcoming games are the last for Spain before Luis Enrique chooses his World Cup squad, so all eyes were on whether former captain Ramos, particularly, would return to favour.

Ramos won a record 180 caps for Spain but may have played his final game for La Roja, unless Luis Enrique has a change of heart before November.

The door has been left ajar, but time is running out for Ramos and Aspas.

It might be a different story for Fati, who has been in favour when fit and is working his way back to his best shape at Barcelona after an injury-disrupted 2021-22 campaign.

Fati has yet to start a LaLiga game this season but has managed two goals and two assists when coming off the bench, in just 120 minutes of action.

Luis Enrique said such limited action was telling at this stage, adding: "Hopefully we will see the best Ansu again, but today I don't see him on the list. He is in the process of gaining confidence and improving after not playing for a long time."

Speaking at a press conference, Enrique said: "Every time there is a squad list, what draws attention is those who aren't in, but I prefer to talk about those who are. I have 25 players that I consider the best for these matches." 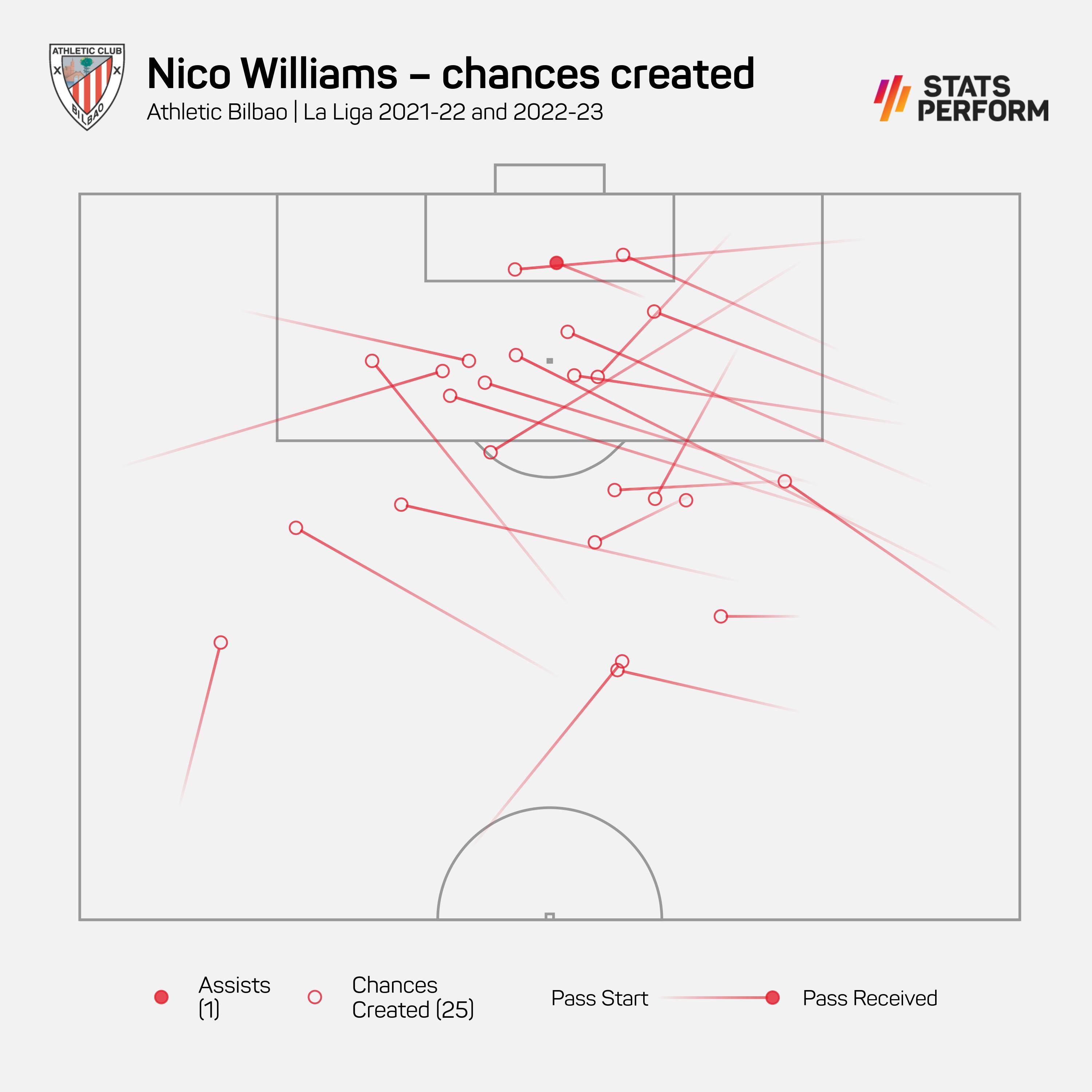 Athletic Bilbao's Williams, whose brother Inaki recently switched his football allegiance from Spain to Ghana, was hailed by Luis Enrique as "a pure winger", and a player the coaching staff wanted to see up close.

Luis Enrique knows Betis forward Borja already, having previously coached him at Celta Vigo, and said he appreciated the 29-year-old's "always-smiling style on the pitch". He has four LaLiga goals already this term.

Aspas can probably make plans for November and December that do not involve Qatar 2022. The veteran Celta Vigo striker has been an outstanding performer in LaLiga and has five goals already this term in the competition, just one fewer than top scorer Robert Lewandowski.

More remarkably, Aspas has got his goals despite having an expected goals (xG) tally of just 1.4, indicating he is vastly outperforming what would be expected from him.