Steelers not considering QB change despite Trubisky's troubles in Cleveland 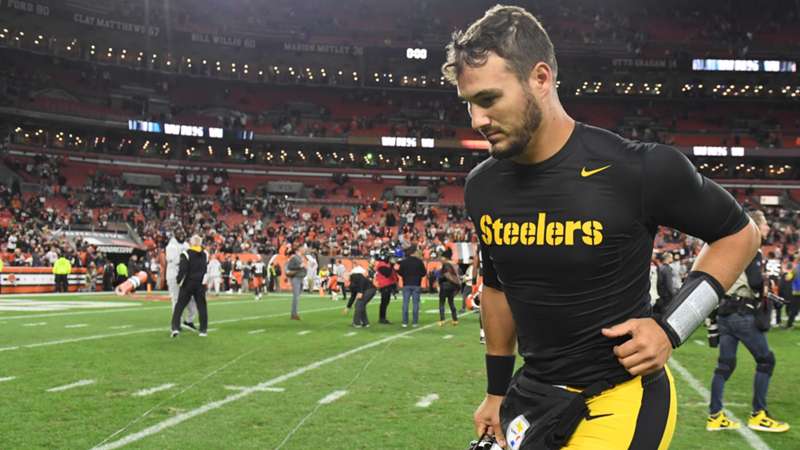 Pittsburgh Steelers head coach Mike Tomlin is not considering a change at quarterback despite Mitch Trubisky's struggles in the second half of Thursday's 29-17 loss at the Cleveland Browns.

But he completed just 11 of his subsequent 22 passes as Pittsburgh's offense stalled, with Browns quarterback Jacoby Brissett and star running back Nick Chubb taking control.

The struggles of the Steelers' QB led to suggestions they could introduce rookie Kenny Pickett, but Tomlin insisted that was not in his thoughts after the loss.

"I'm not in that mindset, I'm interested in reviewing this tape, looking at the totality of it and figuring out how we collectively get better," Tomlin said.

"The answer to that question is definitively no."

Asked about Trubisky's showing, Tomlin added: "I thought he made some plays, but we all collectively came up short.

"That's how we measure performance. Winning is our business and we didn't handle business. So we don't break that apart and look for the feel-good.

"Credit to Cleveland, they did what was required for victory, you've got to acknowledge that.

"If you can't slow down Chubb, you can't beat this group. We knew that and we didn't get it done, so we've got to own the outcome and we will."

Alongside Brissett and Chubb, Amari Cooper proved influential for Cleveland as he continued his strong form since arriving in a trade from the Dallas Cowboys.

The wide receiver made seven catches for 101 yards, his second straight 100-yard game, and teammate Brissett was delighted by his contribution.

"I mean he's been unbelievable," Brissett said. "He's one of the smartest, hardest-working players I've ever worked with, comes out here every week, every day working hard, putting in the work and it's just a pleasure to play with him.

"I know that he wants to just continue to keep this going."