It's a bit early in the season to call Napoli's trip to Milan a "title clash" given we're only six games in, but for the Partenopei it is clearly an opportunity to make a statement.

While Milan have already beaten bitter rivals Inter this term, Napoli haven't had the chance for such a signal of intent – at least, not in Serie A.

But neither Spalletti nor Stefano Pioli will be able to rely on their star men in San Siro on Sunday, adding to the unpredictability of a match that promises excitement.

Rafael Leao and Victor Osimhen will miss this contest due to suspension and injury, respectively. Both absences are bitter blows to not only the teams, but fans tuning in.

Leao has been an especially key figure for Milan over the past year or so. Since the start of last season, he has played in 40 out of a possible 44 matches, with only Alexis Saelemaekers and Sandro Tonali (both 41) appearing more regularly.

Their win percentage with him stands at 70, while they average 2.3 points with Leao on the pitch. Of the four games he has missed, Milan have only won two.

Over the same period, Osimhen has missed 12 league games for Napoli. Their win rate increases from 58.3 per cent to 65.6 per cent when he plays, and their goals average goes up to 2.2 from 1.5 per game. Similarly, he's the only current Napoli player to score 10 or more Serie A goals (16) in that time.

The opportunity is there for others to step up in their absence. 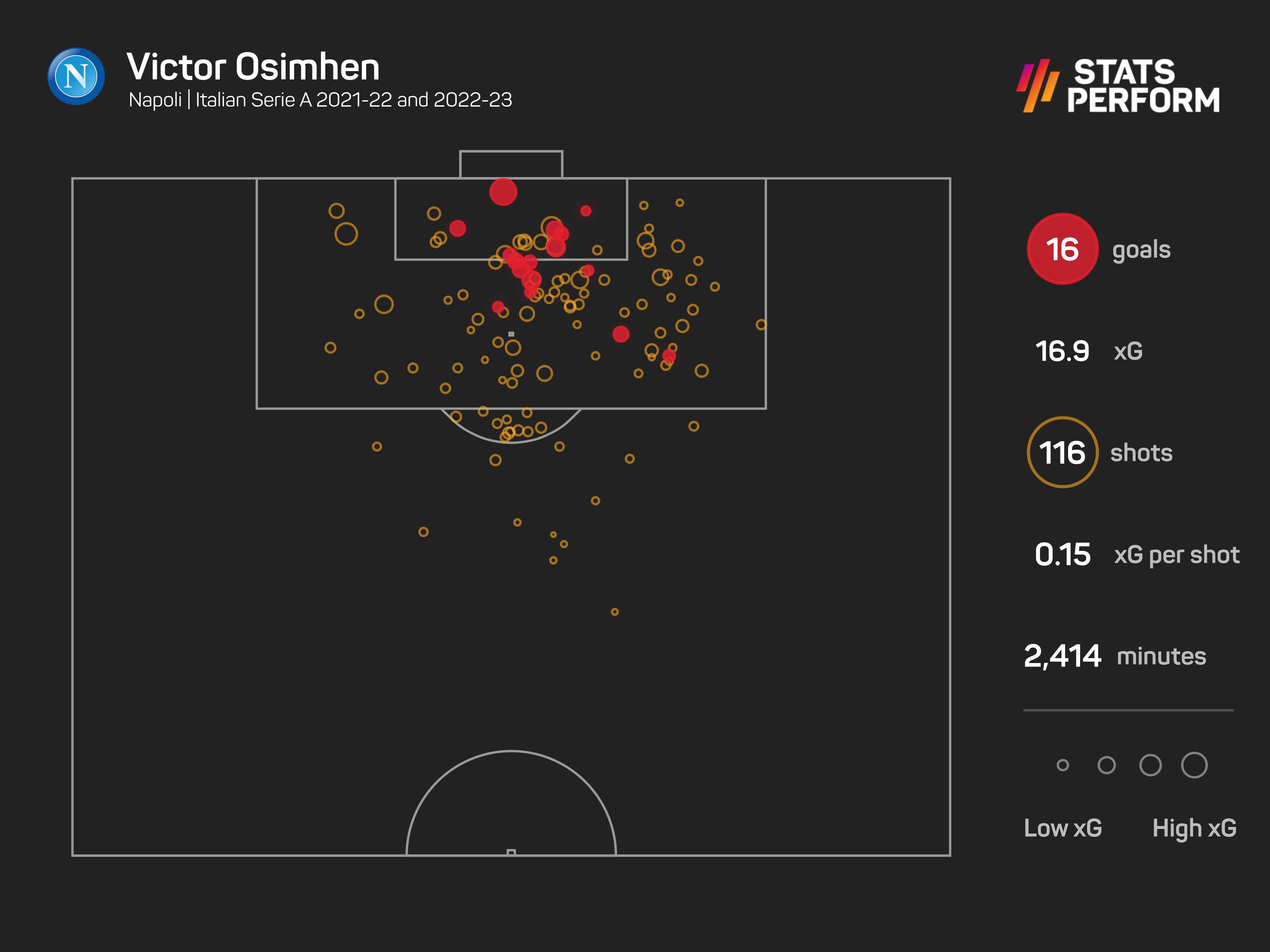 At home on the road

As their position at the Serie A summit suggests, Napoli have enjoyed a fine start to the season, and their Champions League demolition of Liverpool made even more people sit up and take note.

Any successful team cannot just rely on a vociferous home support, however, and Napoli have made decent early strides in that regard, amassing seven points from their first three away Serie A games.

If they can avoid defeat on Sunday, they'll be unbeaten after the first four away games in an Italian top-flight season for the third campaign in succession, a feat no team has ever achieved before.

Granted, Milan's recent home form is decent, having won six on the trot in San Siro, which is their best run since 2013 (eight successive wins). But it was Napoli who ended that run, and the Partenopei are also hoping to rack up three consecutive away league victories over Milan for the first time in 43 years.

Party up front, business in the back

Yes, that's not quite how the saying goes, but this altered phrase is more applicable to Napoli. They have been exciting to watch going forward this term, with Osimhen, Khvicha Kvaratskhelia, Andre-Franck Zambo Aguissa and Piotr Zielinski all catching the eye on the offensive.

But credit where it's due to Spalletti's side when they're not on the attack, as Napoli have been solid defensively.

Stretching back into last season, they have kept six clean sheets in their past nine Serie A games, including three in six this term.

Even when they have conceded, Napoli possess the necessary mentality – and ability – to fight back, with their six points gained from losing positions second only to Milan's seven in 2022-23. 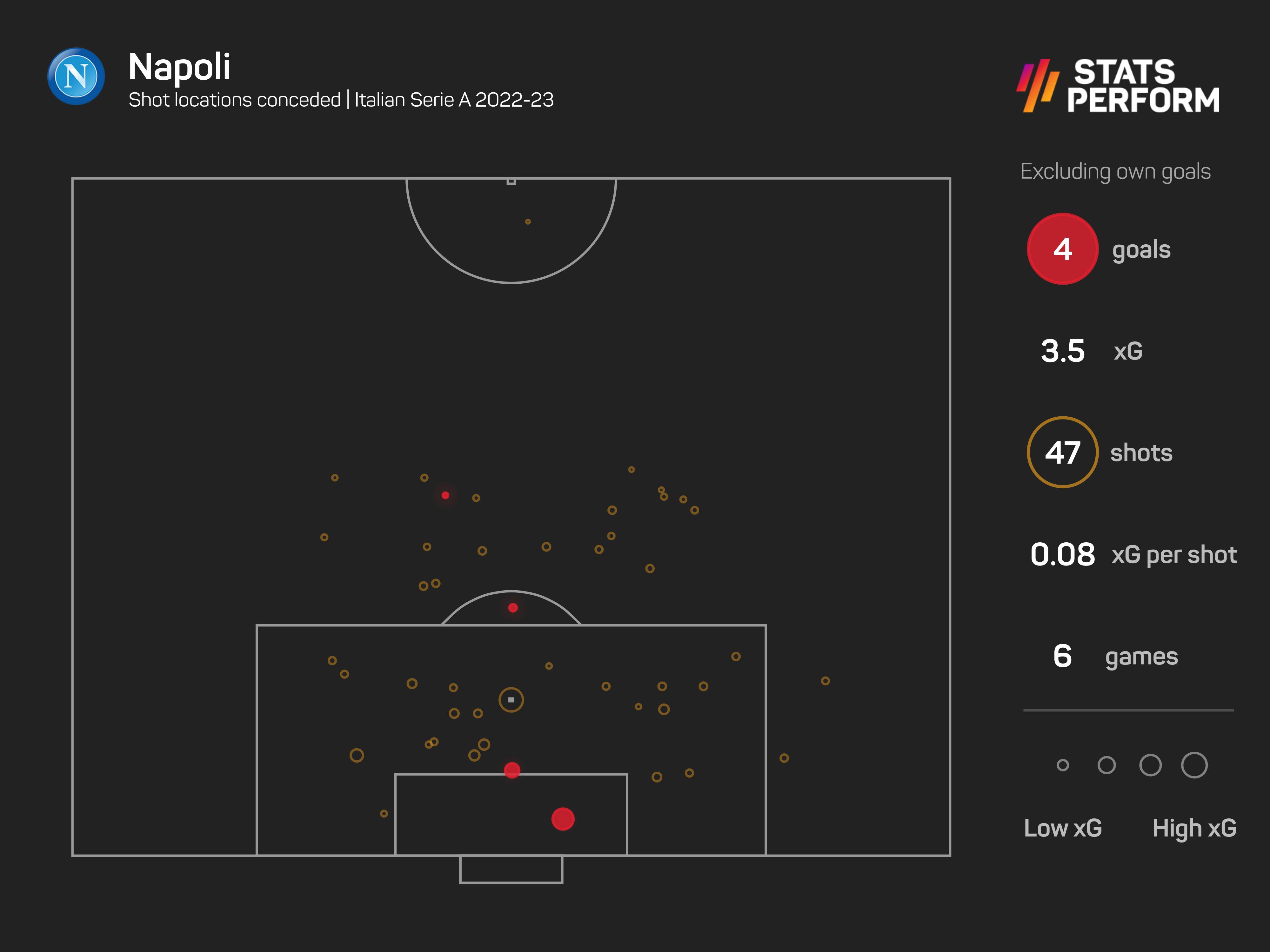 Milan unbeaten, Napoli with everything to prove

Milan's title success last season was helped massively by their exceptionally strong end to the campaign.

They finished 2021-22 with six successive wins and went on an undefeated run that stretched back to January 17 when they suffered a shock 2-1 loss at home to Spezia.

Milan have since stretched that unbeaten streak to 22 league games, which is their longest such run since a 27-match undefeated run ended in January 2021.

That form highlights the task that Napoli face on Sunday, though by the same token, being the team to halt such a sequence would surely show Spalletti's team mean business.