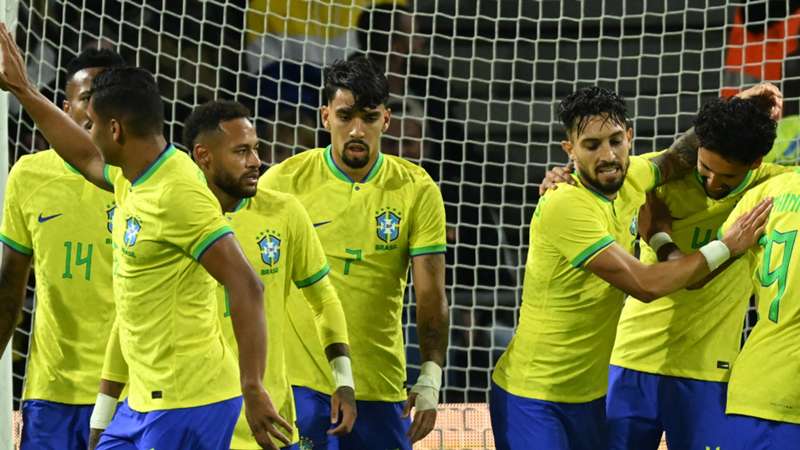 Brazil head coach Tite has praised the "impressive" performance of his side regaining possession against Ghana.

Victory in Le Havre raises optimism for the five-time World Cup champions before the tournament later this year, with Tite's side excelling in the final third and putting their opponents to the sword.

However, Tite was impressed by the display of his side without possession against Ghana as they quickly responded to win the ball back.

"In the first half, the team mobilised to, after losing possession, immediately regain control of the ball," he said.

"There are several different ways to call it: lose-and-press, five seconds of madness, everyone uses a different term. But our speed in regaining possession was impressive.

"When the balls stopped, the team also went well, it was clean. Coming to France, without the athletes having to change time zone, helped."

In the second half, Brazil were unable to perform entirely up to the standard they displayed in the opening 45 minutes but Tite believes doing so would not have been possible.

"In the first half, the team had pace and the performance, they dominated and controlled. In the second half, Ghana managed to control for 15 minutes, we could not finish them as they had a wall of five players," he explained.

"At the same time, we were solid. If we didn't create, we didn't let our opponent create either. With the entry of fresh players [off the bench], we regained dominance.

"Then we had clear chances to extend our lead. Matheus Cunha had two clear chances, there were chances with Neymar, Rodrygo, Paqueta.

"So, the team was able to do well in these different stages but being equal to what we did in the first half does not always work."

Brazil face Tunisia on Tuesday in their final game before the World Cup commences in Qatar in November.