Brady looks to down Saints, Rams aiming for first win What a first week of the NFL season that was.

Sunday sees Tom Brady and the Tampa Bay Buccaneers looking to follow up their opening win against the Dallas Cowboys when they head to New Orleans, the Los Angeles Rams will aim to get on the board when they host the Atlanta Falcons, while Russell Wilson's first home game for the Denver Broncos sees them welcome the Houston Texans.

With all that and more, Stats Perform has used Opta data to preview the weekend's action in the NFL.

The Cowboys are the first team since the 1935 Bears to not score a TD in their season opener after leading the NFL in both total offense and scoring offense the previous season.

The Saints have won their last seven regular-season games against the Buccaneers, matching the longest previous winning streak by either team in this rivalry, a run of seven consecutive wins by New Orleans from 2011 to 2014. Tampa Bay did beat the Saints in a Divisional Playoff game following the 2020 season.

Including their original stint in California and time in St. Louis, the Rams are 28-8-2 (.778) at home against their former NFC West rival, Atlanta Falcons. That is the best home record of any franchise against a single opponent (minimum of 30 games) in NFL history.

The Rams started the season with a 31-10 loss to the Bills, the largest home loss in a season opener ever by a defending Super Bowl champion. The team has not started a season at 0-2 since 2011 when they were in St. Louis and have not lost their first two games as the Los Angeles Rams since 1987.

Cooper Kupp tied a career high with 13 catches in the opener against Buffalo. Including playoffs, Kupp has at least five receptions in each of the Rams' last 22 games. Only Antonio Brown has a longer such streak of team games with five or more catches in the Super Bowl era (37). 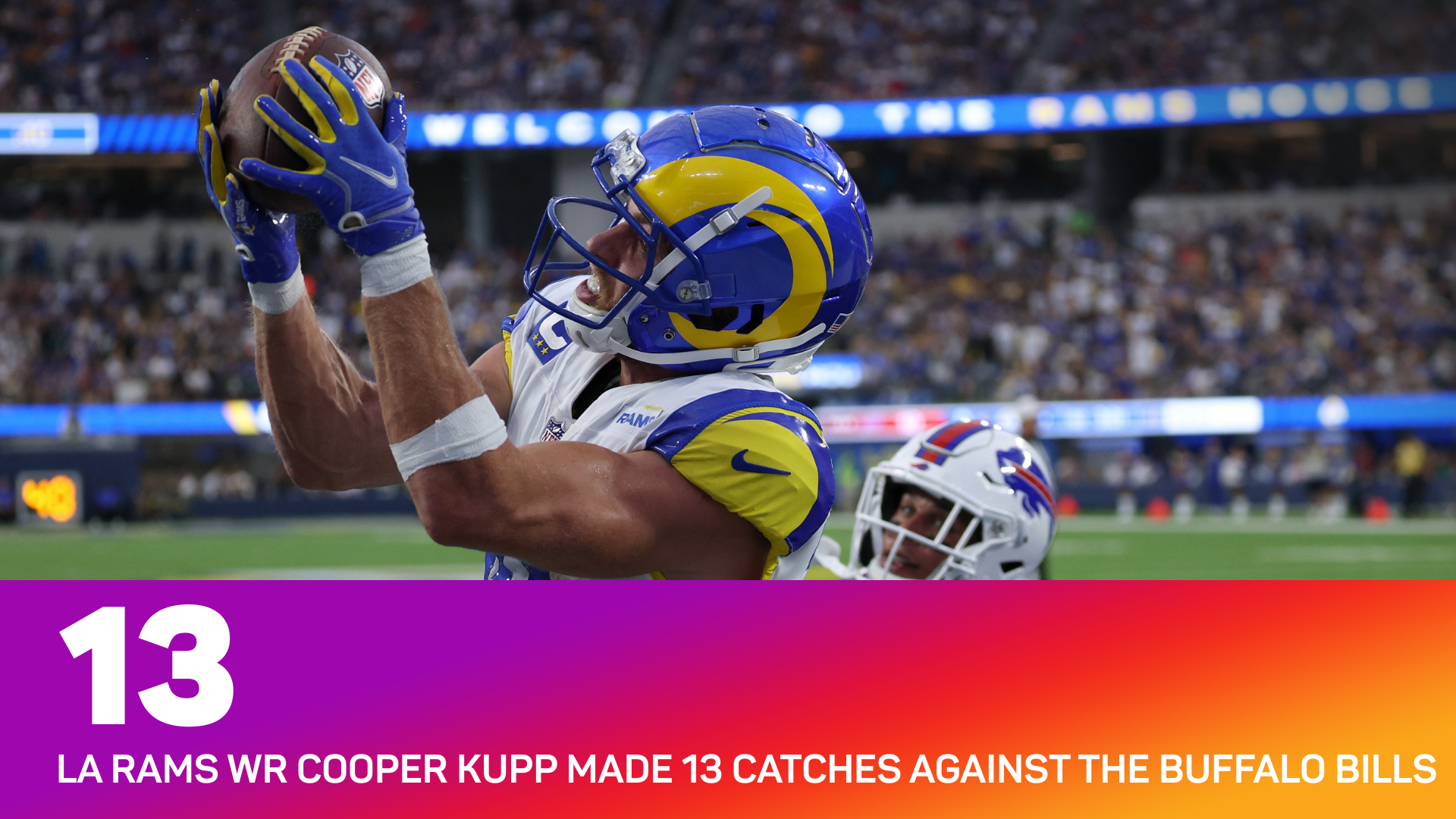 The Texans opened their season with a 20-20 tie against the Indianapolis Colts, despite being outgained by 218 yards in the game. Prior to Houston on Sunday, the last team to tie a game while having 200+ yards less than their opponent was the Packers against the Broncos in 1987.

In his first game with the Texans, O.J. Howard scored touchdowns on each of his two receptions. Howard joins Jaelen Strong as the only players to ever have two TD catches in their team debut for Houston.

Denver committed 12 penalties in their 17-16 loss to the Seahawks on Monday. It was the most penalties the Broncos have ever committed in a season opener, surpassing the 11 penalties they had to kick off the 1970 season against the Bills.

Russell Wilson threw for 340 yards against the Seahawks in his Denver debut. It was the most passing yards by a Broncos QB on their debut with the team and Wilson's 12th career game with 340+ passing yards (his teams are 5-7 in those games).

The New England Patriots travel to the Pittsburgh Steelers after suffering a 20-7 loss to the Miami Dolphins in Week 1, and have not started a season with consecutive double-digit losses since losing three straight games by such a margin to begin the 1969 campaign.

Baltimore's Lamar Jackson threw for three touchdowns against the New York Jets after throwing three or more TDs just twice all of last season. Before they host the Dolphins, it is notable that, in his career, the Ravens are 13-1 when Jackson has three or more pass TDs, the second-best team record among active players behind Josh Allen at 14-1 (minimum 10 such games).

Starting with their 2013 NFC Championship game success over the 49ers, the Seattle Seahawks are 15-2 in their last 17 games against San Francisco, which includes season sweeps in 2020 and 2021. The 15 wins since January 2014 are tied with the Patriots (vs. Jets) for the most by an NFL team against a single opponent in that span (including playoffs).

The Arizona Cardinals will need to watch Davante Adams, who had 10 catches for 141 yards on 17 targets in his Las Vegas Raiders debut. That is the most targets for any player in their first career game with the Raiders in the past 30 seasons. The only other with player with 15+ targets in their Raiders debut over that span is Randy Moss in 2005 (15).