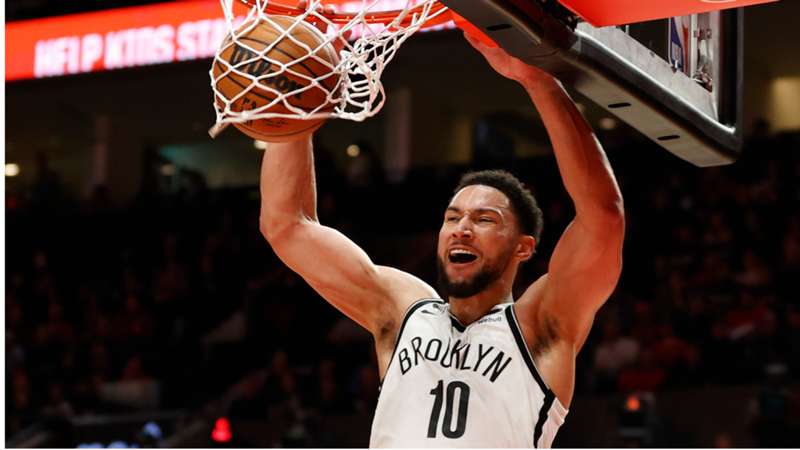 Ben Simmons has little doubt what is in store for him when he returns to the Philadelphia 76ers this week, having finally found form with the Brooklyn Nets.

The messy exit was in the best interests of both parties, but Simmons acknowledged there will be little love lost from a typically boisterous Philadelphia crowd when the teams meet on Tuesday.

"In Philly?" Simmons replied with a sarcastic smile when asked if enough time had elapsed that he might not get an unfriendly reception. "Come on now. I know what's coming."

Despite his expectations of hostility, Simmons talked up the passion of Philadelphia sports fans.

"One thing about Philly fans, they're incredible. They're diehard Philly. I respect that about the city. It's a sports town," Simmons said.

"I was 18 years old coming into Philly, so it's really the only place I've lived as an adult. I've got a lot of love for that city.

"People don't know that, but a lot of my best friends are from Philadelphia. My brother still lives in Philadelphia. So, regardless of the [basketball] situation, and whatever happened happened, but I've got a lot of love for that city. I look forward to going down there and playing."

For Simmons, the timing of the game could hardly be better given he is starting to find his groove again.

Coming off a season-best performance against the Portland Trail Blazers last time out, Simmons went even better with 22 points, eight rebounds and five assists as the Nets downed the Memphis Grizzlies 127-115 on Sunday.

It means he has 37 points, 21 rebounds and 12 assists over his past two games. It took him until the 10th game this season to even put up a double-figure points return, while the last time he had a 20-point game was with the 76ers in the first round of the 2021 playoffs.

"It takes time," Simmons said about his improvement.