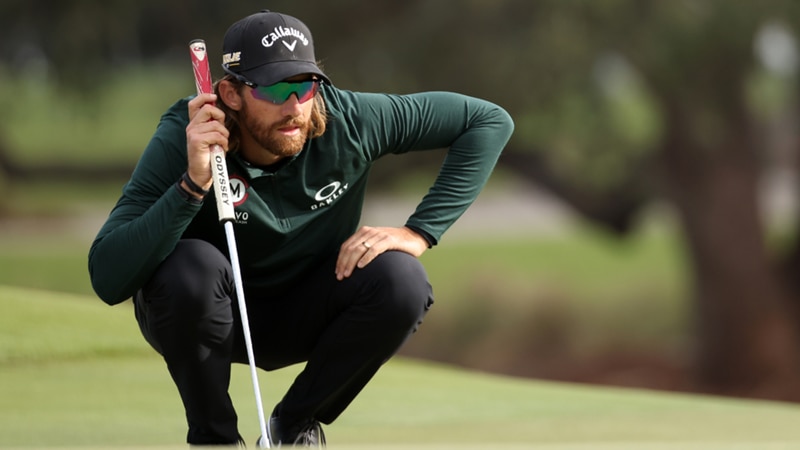 Patrick Rodgers and Ben Martin produced excellent third rounds to share the lead heading to the final day of the RSM Classic at St Simons Island in Georgia.

Rodgers and Martin carded rounds of 64 and 65 respectively as the tournament moved entirely to the par-70 Seaside Course, having been split between that and the par-72 Plantation Course on the opening two days.

After a bogey on the second hole on Saturday, Rodgers made seven birdies, including four in a row from the 13th to the 16th holes to move 14 places up a busy leaderboard from his starting position.

Rodgers, 30, has yet to claim a PGA Tour-level title and lost in a play-off on the second hole in the 2018 RSM Classic to Charles Howell III.

Martin, whose last and only PGA Tour title was in 2014, would have had the solo lead but bogeyed the par-four 18th hole, blemishing his six-birdie round which was bogey-free until that point.

The American pair of Rodgers and Martin reached 14 under overall, to lead by one from three players including Canadian Adam Svensson, who began at the 10th and enjoyed the round of the day, carding an eight-under 62 with six birdies on his back nine and an eagle on the par-five 15th hole.

Andrew Putnam, who had been in a three-way joint lead at the halfway mark, also stood at 13 under with Svensson and Sahith Theegala.

Seven players were a further stroke back at 12 under, including Brian Harman, Taylor Montgomery and Harry Higgs, the latter who had been alongside Putnam in the lead after two days and rallied during his third round after three bogeys in his opening five holes.

The other halfway leader, Cole Hammer, dropped down the leaderboard to a tie for 17th after a two-over 72 that included bogeys on the third and fourth holes, along with a double bogey on the fifth.