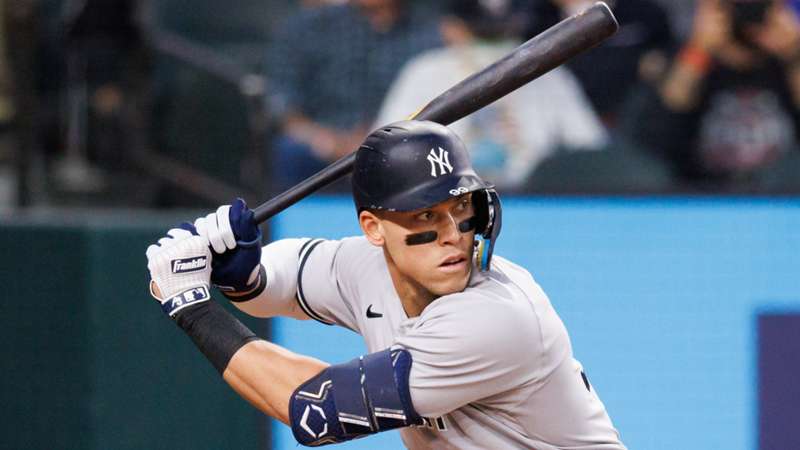 Aaron Judge is resigned to being an intrigued observer when the ball he struck for a record-breaking 62nd home run goes up for auction – declaring he cannot afford to join the bidding race.

Judge became the fourth major league player to hit 62 or more homers in a single season, and his feat belongs in baseball legend, making the ball that saw him set the record on October 4 especially valuable.

It occurred at the home of the Texas Rangers in Arlington, with the spectator at Globe Life Field that caught the ball striking lucky by guaranteeing himself an apparent fortune.

According to ESPN, that man, Cory Youmans, decided to put the ball in the hands of Goldin Auctions "after weeks of a lot of deep conversations" with his wife and lawyer.

Youmans said: "It seems fair in the sense it gives anyone that is interested and has the means the opportunity to own it. As a fan, I'm curious to see what it's worth, who buys it and what they do with it."

What a night. Such a blessing from God to share that moment with so many special people! Thank you @RogerMarisJr, the Yankees, my teammates, my family and all the Yankee fans for such an incredible day! pic.twitter.com/soiC52sOth

Youmans is said to have already turned down $3million for the ball, with his lawyer, Dave Baron, suspecting the final selling price could be "significantly higher based on New York, the New York fan base and how crazy it could get at an auction".

That rules Judge out of contention, as he said the ball is "out of my price range right now".

The ball is listed with a starting bid of $1million, with the auction due to get under way on November 30.

Judge said of the seller's choice: "He caught the ball, he's the one that made the play out there in left field, so it's his right to do what he wants with it. Hopefully he's making the right decision for him and his family.''

The ball's value will not have been harmed by Judge winning the AL Most Valuable Player (MVP) award ahead of Los Angeles Angels two-way star Shohei Ohtani on Thursday.