Eagles to look for more of the ball to put first loss behind them, Jefferson can handle Vikings' business 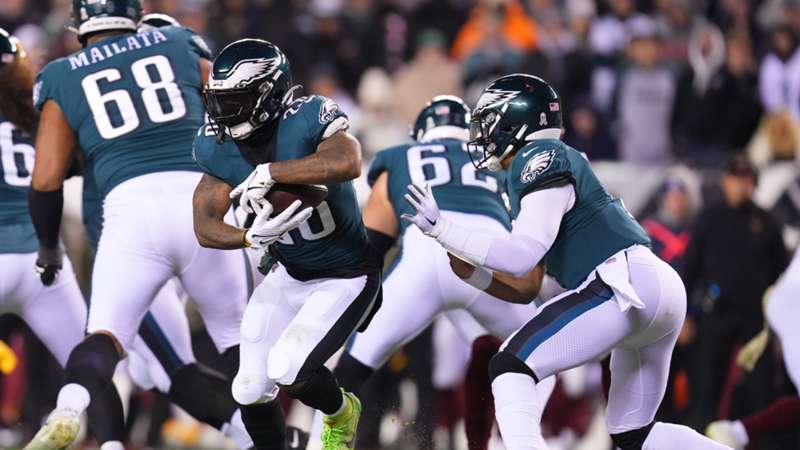 There are no more perfect teams in the NFL, just some very good ones.

The New York Jets return from their bye week looking to continue to surprise, though they have a tough trip to the New England Patriots to contend with, while the Minnesota Vikings host the Dallas Cowboys in another enticing clash.

Stats Perform has taken a look at some of the more interesting numbers ahead of these and other big games on Sunday.

It's the first time in NFL history 3 teams in the same division came back from double-digit 4th-quarter deficits to win on the same day.

Philadelphia possessed the ball for just 19 minutes and 36 seconds of game time in the loss to the Commanders. It was their lowest time of possession in a game since another loss to Washington in Week 4 of the 2015 season (18:52).

Jalen Hurts rushed for a touchdown last week, giving him 20 in his career. At 24 years and 99 days old, he became the second-youngest quarterback in NFL history to reach 20 rushing touchdowns, trailing only Cam Newton (23 years, 199 days).

Matt Ryan had a 39-yard rush in last week's win over the Las Vegas Raiders, the longest run of his career. It was the longest rushing play by a Colts quarterback since Jim Harbaugh ran for 41 yards in Week 4 of the 1994 season.

With a win, Jeff Saturday would join Jim Caldwell (2009) as the only Colts head coaches to win the first two games of their careers.

The Patriots have won 13 consecutive games against the Jets, winning every meeting since the beginning of the 2016 season. That is tied for the longest active win streak against a single opponent for any team (the Chiefs over the Broncos).

The Jets entered their bye week with a 20-17 win over the Bills in which they had 136 net passing yards. They are 5-0 this season when having 250 or fewer passing yards in a game compared to 1-3 when they have more than 250.

Players aged 23 and younger have gained 2002 yards from scrimmage for the Jets this season, the most in the NFL (next most is the Colts with 1336). That is already the most scrimmage yards for the Jets by players 23 and under since the 1990 season (2452).

Last week was the Vikings' third win this season after trailing by double digits in the fourth quarter, tying the 1980 Dolphins, 2000 Jets, 2003 Colts and 2011 Lions for the most such wins in a campaign in NFL history.

With his 81-yard rushing touchdown last week, Dalvin Cook has now had a rush of at least 65 yards in five straight seasons, level with Derrick Henry (2017-21) for the longest streak by any player since the 1970 merger.

Last week's loss to Green Bay snapped the Cowboys' streak of 195 consecutive wins when leading by 14 or more points entering the fourth quarter (including postseason), which had been the longest streak in NFL history. 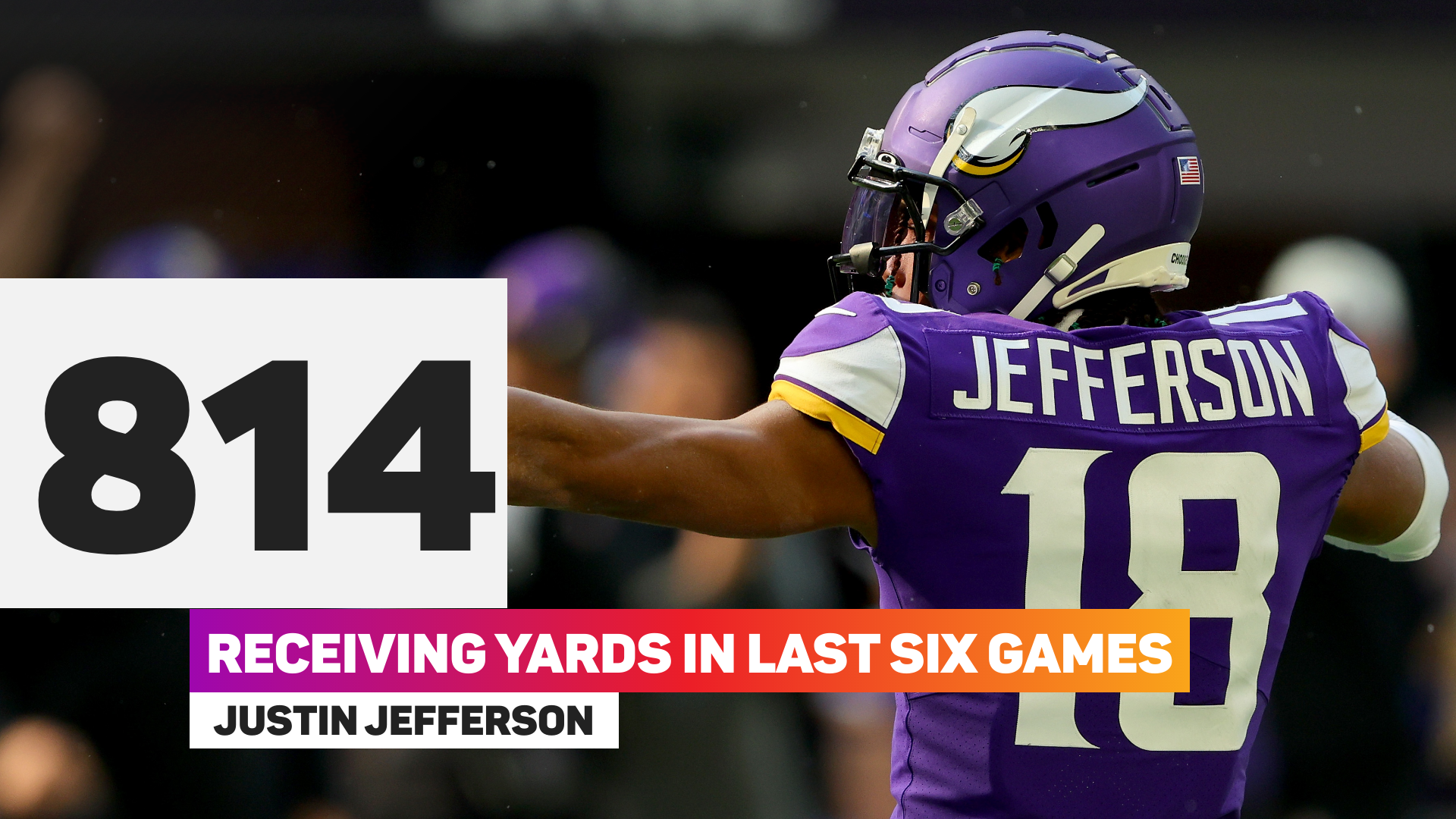 The Buffalo Bills take on the Cleveland Browns having had at least 100 rushing yards and 300 total yards in 16 straight games, including postseason, the third-longest streak in the Super Bowl era behind the Seattle Seahawks (19, 2014-15) and the Vikings (18, 2002-03).

The Detroit Lions will need to stop Saquon Barkley, who had a career-high 35 rushing attempts for 152 yards in the New York Giants' 24-16 win over the Houston Texans last week. His 35 rushes were the most in a game by any NFL running back this season and the most by a Giant since Joe Montgomery had 38 against the Jets in 1999.

Ahead of facing the Pittsburgh Steelers, Cincinnati Bengals quarterback Joe Burrow has completed 76.8 per cent of his passes over his last four games, the fourth-highest by any QB over a four-game span in a single season in NFL history (minimum 140 attempts, excluding overlapping spans) behind Peyton Manning (78.8) and Philip Rivers in 2013 (78.3), and Sam Bradford in 2016 (77.9).

The Kansas City Chiefs defeated the Los Angeles Chargers in Week 2, 27-24. Since 2018, six of the nine games between the Chiefs and Chargers have been decided by seven points or fewer, tied for the third most of any matchup since then (Bears-Lions and Texans-Colts, seven each).