Jones expects England to 'light the crowd' for All Blacks showdown 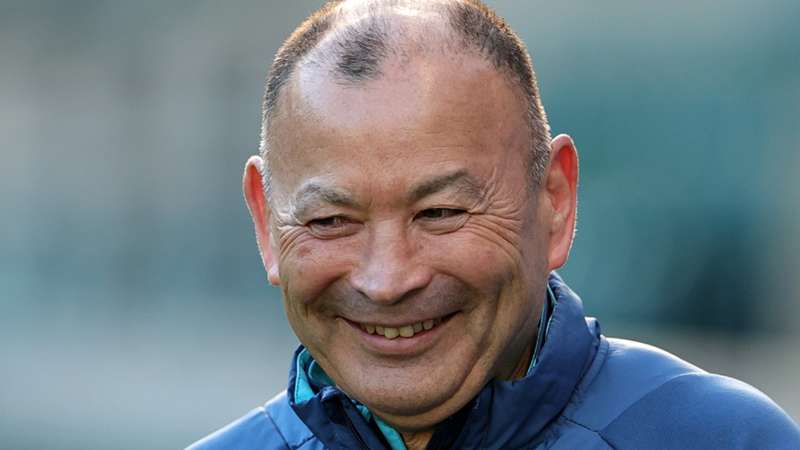 Eddie Jones says England must "light the crowd" when they do battle with New Zealand in a mouth-watering Test at Twickenham on Saturday.

The All Blacks will be looking for a measure of revenge for a 19-7 defeat to the Red Rose the last time the two heavyweight nations collided in a Rugby World Cup semi-final in Yokohama three years ago.

You have to go back a decade for England's last victory over New Zealand at their headquarters in London.

There was drama before the 2019 semi-final kicked off in Japan, with England crossing the halfway line as they lined up in a V formation while the All Blacks performed the haka.

Owen Farrell, who will win his 100th cap this weekend, was also caught smirking on the big screen as his opponents were laying down the pre-match challenge with their famous ceremonial Maori war dance.

Tomorrow @owen_faz is set to win his 100th cap.

England head coach Eddie Jones expects his players to whip the crowd into a frenzy for their penultimate Test of the year.

"The haka in 2019 had a massive effect on the fans," said the wily Australian.

"On Saturday we've got a responsibility to light the crowd up and we want to, as they can be our 24th player.

"Whether it's during the haka or post the haka I don't really care. We're going to go after them."

Jones is confident England will rise to the challenge of facing the in-form Rugby Championship winners.

"It takes a massive effort to beat New Zealand, our players understand that," said Jones. "It's like if you're a climber going to the top of Mount Everest.

"Traditionally they have bullied teams, so you've got to get on the front foot, be physical. You've got to truly believe you can win; that your strengths are stronger than theirs, that you will expose their weaknesses.

"We believe we've got strength that we can maximise against New Zealand. We believe there are weaknesses we can expose. We're prepared."