Harper to have elbow surgery, timeline for 2023 return uncertain 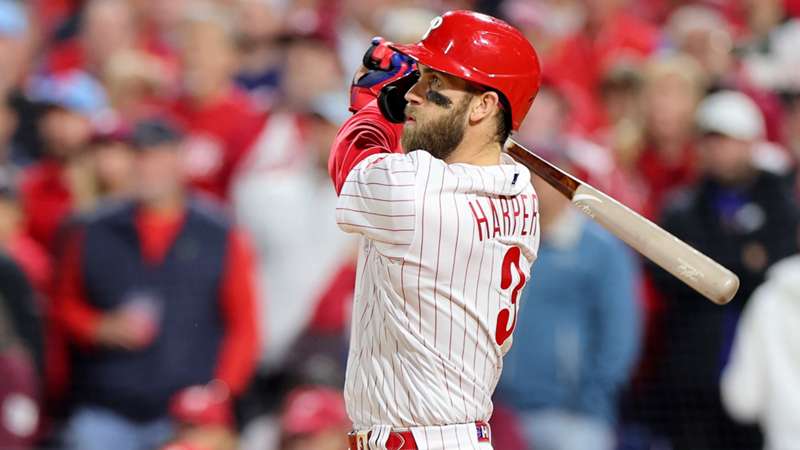 Philadelphia Phillies star Bryce Harper will have surgery on his right elbow next week although the exact operation and recovery timeline is still uncertain.

Phillies president Dave Dombrowski said on Wednesday the surgeons won’t know until surgery begins if they’ll be performing Tommy John surgery or a less intensive repair of the existing UCL.

''We have no prognosis, really, until he goes into the elbow and takes a look at it,'' Dombrowski said of the surgeon. '

'We'll have something at that time with the surgery and the anticipation something will happen. I would think it will slow him down for the season. We'll know more next week.''

If he does have Tommy John surgery, recovery could force him to miss the first few months of the 2023 season. If it’s just a repair, he may only miss the season’s first week or two.

After injuring his elbow in April, Harper switched from right field to designated hitter to avoid the wear and tear of throwing.

He received a platelet-rich plasma injection shot in his elbow in May in an effort to repair it. But on Monday, Harper met with renowned orthopedist Dr. Neal ElAttrache, who determined surgery was necessary because the tear did not heal on its own.

''We always knew that was a possibility,'' Dombrowski said. ''We've known that for months.''

Despite playing in pain and missing two months with a broken thumb sustained when he was hit by a pitch, Harper still excelled in helping the Phillies reach the World Series, where they lost to the Astros.

''You don't ever want to lose Bryce, you really don't,'' Phillies manager Rob Thomson said. ''He's one of the best hitters in baseball, if not the best.

"We spent a lot of time last year without him. Guys responded. It gave opportunities to other people to step up and they did. While we will be missing him, and looking forward to getting him back, it'll give somebody else an opportunity.''

The Phillies open the season March 30 at Texas.