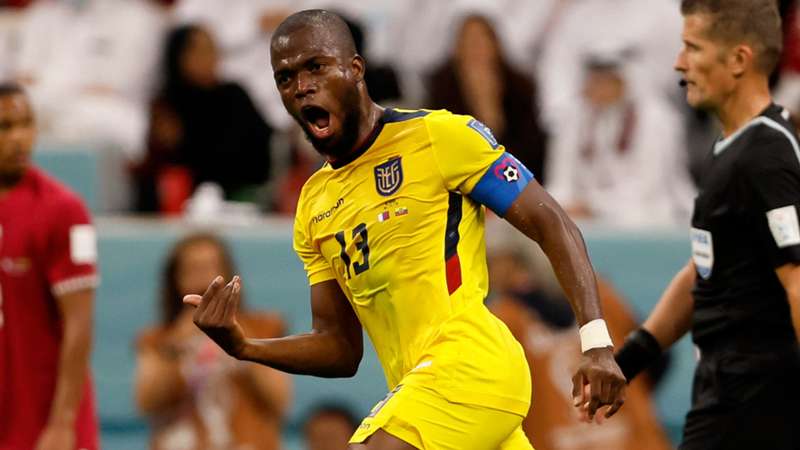 Gustavo Alfaro says Enner Valencia will be fit to face Netherlands after the Ecuador captain inspired a 2-0 win over Qatar in the first game of the World Cup.

The striker had an early goal contentiously disallowed by the VAR at Al Bayt Stadium before opening the scoring from the penalty spot after he was brought down by Qatar goalkeeper Saad Al Sheeb.

Ecuador's leading all-time goalscorer found the back of the net again with a powerful header as La Tri dominated the game in Al Khor.

There was concern when Valencia sustained a knee injury late in the first half and although he was able to continue, the skipper was withdrawn 15 minutes from time.

Ecuador head coach Alfaro allayed concerns over the 33-year-old's condition ahead of the clash with the Oranje at Khalifa International Stadium in Ar-Rayyan on Friday and praised the captain for silencing his critics.

"He is the all-time top scorer for Ecuador, he is going through tough times, he was questioned at times in Ecuador," said Alfaro.

"He managed to score, which means a lot to him. Four or five players took a few blows, but nothing serious.

"Enner will play against the Netherlands, there is no doubt about that."

Qatar were devoid of ideas, failing to register a shot on target as they became the first host nation to lose an opening match of a World Cup.

Felix Sanchez, the Qatar boss, knows they must go back to the drawing board before taking on Senegal on Friday after they were outplayed in their first ever World Cup match.

"If we want to be competitive, we will need to defend, and be very well organised. When we have possession of the ball we would like to be more effective.

"We will try to help our players and see if we can progress in all these aspects."