Luis Enrique believes Gavi will become one of the "stars of football" after the teenager scored his first World Cup goal as Spain thrashed Costa Rica 7-0 on Wednesday.

At a press conference after the Group E victory, La Roja head coach Luis Enrique was asked just how good the Barcelona midfielder can be.

"I don't know, I hope he's going and playing every time better and trying to be aggressive with and without ball," he said.

"He's unique, very different because he's 18 now, but he has the personality of an experienced player.

"It is a pleasure to play with the boy, because he is a boy. He needs a bit of calm sometimes but we are very happy to have him in the team.

"I think he's going to be one of the stars of football."

Sunday will see Spain's second game in Qatar against Germany, who were surprisingly beaten 2-1 by Japan earlier on Wednesday. 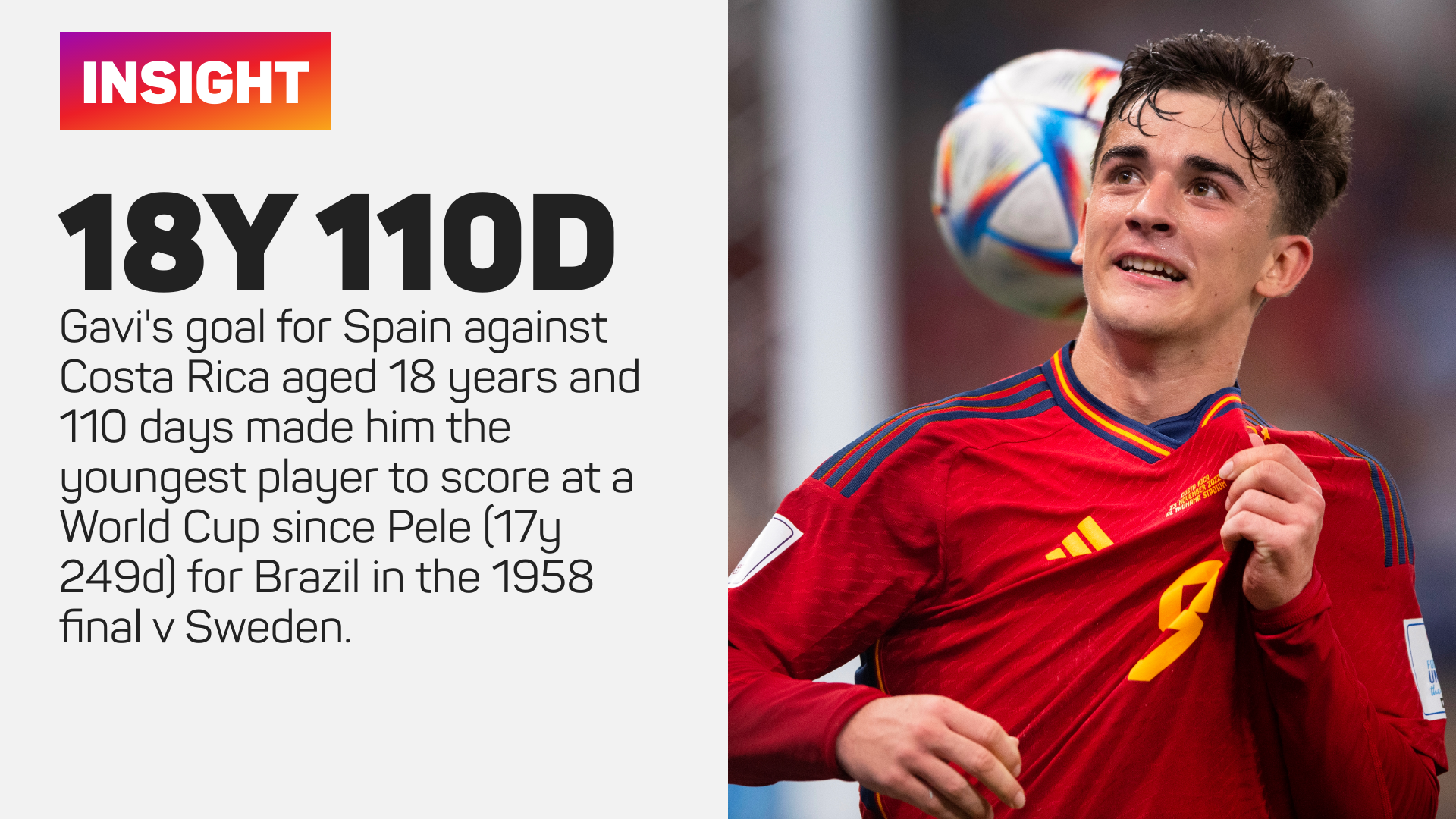