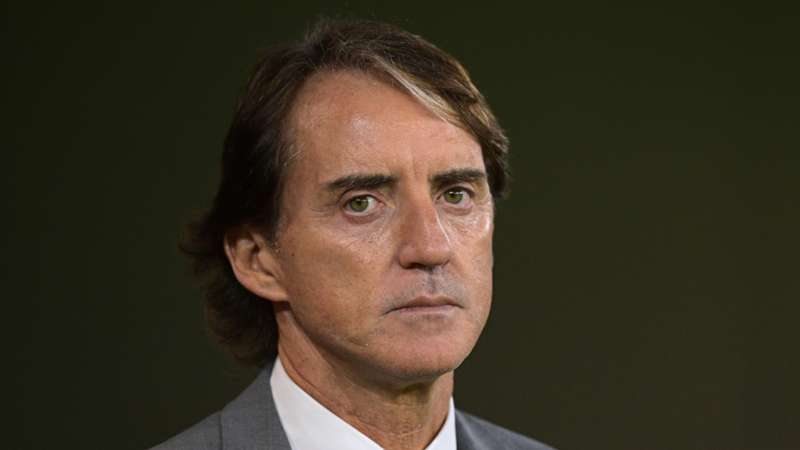 Italy deserved to automatically qualify for the 2022 World Cup given their status as European champions, according to head coach Roberto Mancini.

It means Italy have missed out on successive World Cups, having also failed to reach Russia 2018, though they did win Euro 2020 in between those qualifying disappointments.

However, Mancini insists the Azzurri should not have had to go through the qualifying process for Qatar on the back of conquering their continent last year.

"Not only the European champions but the winners in every continent," he added in an interview with Corriere Della Sera. "I am saying it for football's good.

"Likewise, who won the title in the previous edition should always be involved. It used to be like this in the past. Football does not only make good decisions for itself."

Italy moved on from their World Cup heartbreak by advancing to next year's Nations League Finals, where they will be joined by Croatia, Spain and the Netherlands.

The longer-term aim for Mancini is to reach Euro 2024 and then the next World Cup, which will take place in the United States, Canada and Mexico a little under four years from now.

Mancini, who is under contract with the Azzurri until after that tournament, said: "I stayed because I want to take revenge [by reaching the World Cup].

"But right now we can't look so far ahead. The 2026 World Cup is far away. Now we must focus on the Nations League Finals and the qualification for the Euros.

"I wanted to stay to chase the World Cup, but nothing is definitive in football and things can still change. We want to go to the next World Cup and hopefully win it."

Italy lost 2-0 to Austria in a friendly on Sunday and are next in action in four months' time when hosting England in their opening Euro 2024 qualifier.