Jack Grealish admitted he is "more structured" at Manchester City than he was at Aston Villa, but believes it is an inevitability of playing with "so many great players".

The 27-year-old has come in for some criticism in the media, though replied with a goal and a strong performance in Saturday's 3-0 win at Wolves.

Kevin De Bruyne recently stated his belief that his club team-mate is more harshly judged because of who he is, and Grealish somewhat agrees.

"I can see where he's coming from a little bit," he said at a press conference ahead of England's Nations League clash against Italy. "But I think that's the way it is in this country, especially for myself playing for one of the biggest clubs in the world who are winning trophies every single year.

"When I have the price tag I do on my head people are going to want to talk... I have to embrace it and it's just part and parcel [of the game] really." 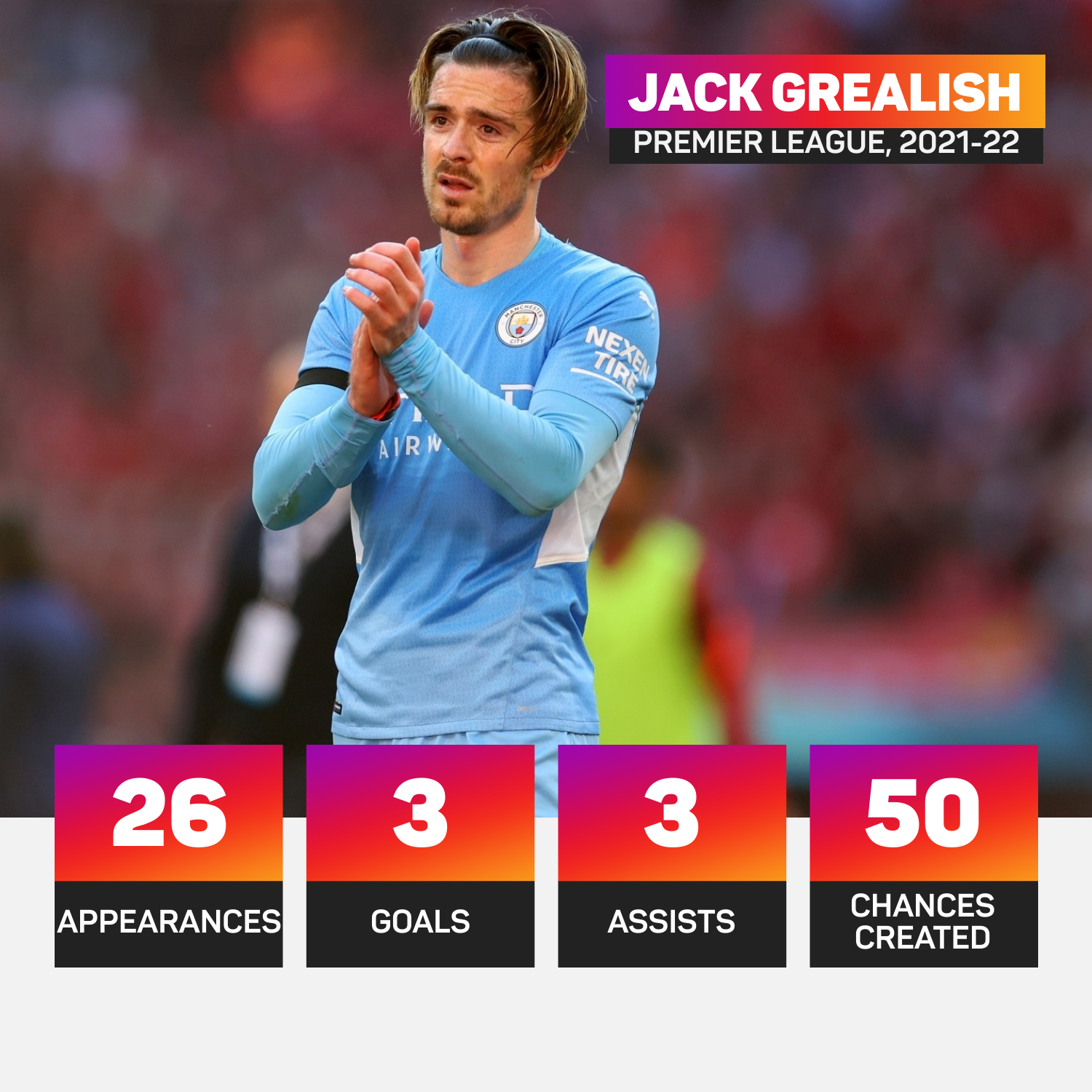 He also spoke of his relationship with Pep Guardiola, and his "structured" role at the Etihad Stadium.

"It’s completely different than the way I was at Villa," Grealish said. "At Villa I was more free, here I'm more structured.

"I have a great relationship with the manager. I've said it in many interviews, its unbelievable the way he thinks and looks at football. He's just obsessed with it and I think you can see why. I have a good relationship with him.

"People might be saying that I have been playing different than the way I used to but I think that's because of the different players I'm playing with as well. I've played with so many great players... It's going to change my game."

One of those "great players" is Erling Haaland, who has hit the ground running at City after arriving from Borussia Dortmund at the end of last season, scoring 14 goals in 10 games so far.

"Everywhere I go people are like 'What's he like?' and I can't speak highly enough of him," Grealish added.

"He's an unbelievable player and a brilliant person. So humble for what he's achieved already and I think I could get something from him. His mindset for scoring goals is just unbelievable."