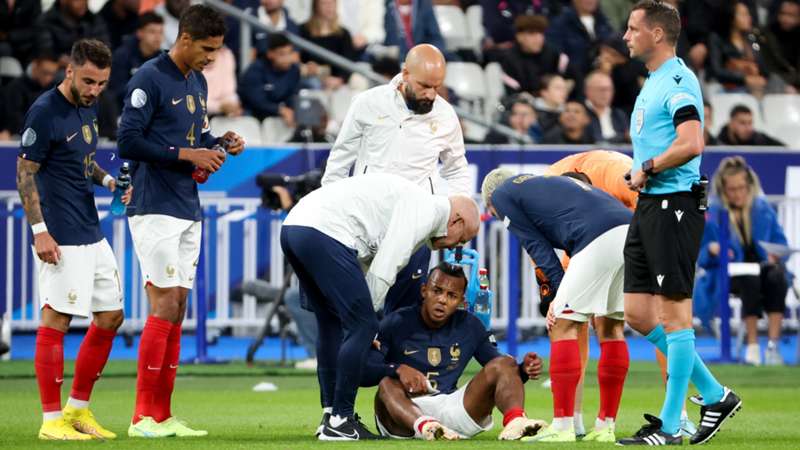 Jules Kounde and Mike Maignan have withdrawn from France's squad for their trip to Denmark after sustaining injuries, leading Didier Deschamps to call up Rennes' Steve Mandanda.

Deschamps' team were already without Karim Benzema, Kingsley Coman, N'Golo Kante, Paul Pogba and others for their final Nations League fixtures, and Juventus midfielder Pogba is a doubt for the World Cup after undergoing knee surgery.

They were further depleted when Barcelona new boy Kounde was withdrawn after 23 minutes against Austria, and it has now been revealed Maignan was in pain before his own half-time exit.

A statement issued by the French Football Federation on Friday read: "Mike Maignan had to give up his place to Alphonse Areola at half-time in France-Austria on Thursday evening at the Stade de France, due to pain felt in the left calf.

"The Milan goalkeeper will not be able to play against Denmark on Sunday in Copenhagen. To replace him, Didier Deschamps called on Steve Mandanda.

"Maignan will leave the group during the day, as will Jules Kounde, who is suffering from a left hamstring injury. Both players will take exams in the morning before being released to their club.

"Kounde will not be replaced in the group that will arrive in Copenhagen on Saturday."

Mandanda has won 34 senior caps since making his France debut in 2008, and was part of the squad which won the 2018 World Cup in Russia.

France could still be relegated from the top tier of the Nations League and cannot progress to the competition's finals, with Croatia and Denmark locked in a battle for top spot in Group A1.