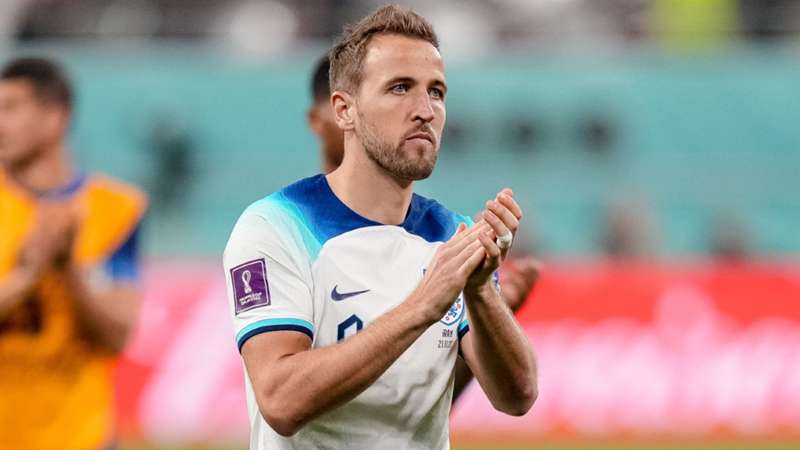 Harry Kane says England's players "did their country proud" by opening their World Cup campaign with a commanding 6-2 victory over Iran.

Bukayo Saka scored twice, while Jude Bellingham, Raheem Sterling, Marcus Rashford and Jack Grealish were also on target as Gareth Southgate's side recorded their biggest ever win in their opening match at a major tournament.

Kane, who provided assists for Sterling and Rashford, saluted his team-mates after they made a real statement of intent in Group B at Khalifa International Stadium on Monday.

"Obviously, [it was a] really good start to the World Cup campaign," the Three Lions captain said in a video posted on Twitter.

"Full credit to the boys. It's never easy getting off to a winning start at a major tournament, and to score six goals shows we're in a really good place.

"There's still a lot of work to do. Of course, we know that there's a long way to go. But overall, [it was] really pleasing.

"Congrats to Jude for his first England goal, no better place to do it. Bukayo [was] on fire with two great finishes.

"Everyone out there today did their country proud. We move onto the next one now. Let's keep it going for the next game."

England will look to build on their winning start when they face the USA at Al Bayt Stadium on Friday, before taking on Wales at Ahmed Bin Ali Stadium four days later.

Off to a great start. Few thoughts on the World Cup opening game win pic.twitter.com/COyhEO4Oak