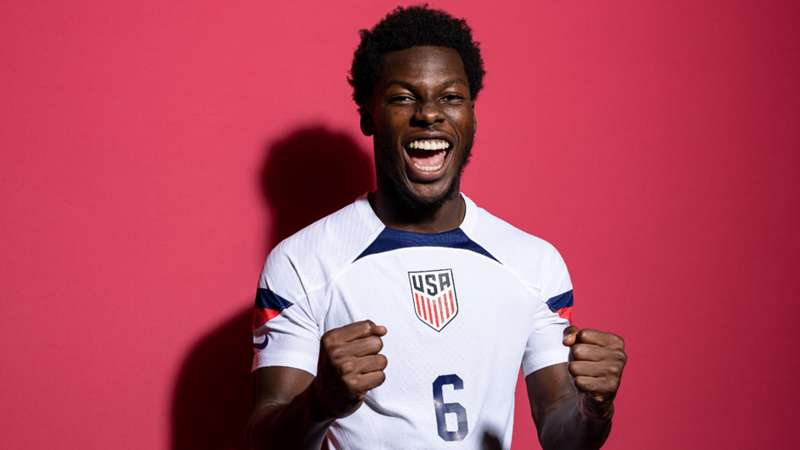 Yunus Musah became the first teenager to be named in the United States' starting lineup for a World Cup match ahead of their Group B opener against Wales on Monday.

Musah, who also made his senior international debut against Wales in 2020, is now the youngest player to start a World Cup match for the USA, aged 19 years and 358 days.

The Valencia midfielder also becomes the first LaLiga-based player to represent the Stars and Stripes at the finals, while 10 of the starting XI play their club football in Europe - the team's highest total in a World Cup lineup.

Musah was selected to partner Tyler Adams in midfield, with the Leeds United man – aged 23 years and 279 days – becoming the USA's youngest World Cup captain since Harry Keough in 1950.

Berhalter, who becomes the first person to represent the Stars and Stripes at the World Cup as a player and coach, began with Matt Turner in goal behind a back four of Sergino Dest, Walker Zimmerman, Tim Ream and Antonee Robinson.

Adams and Musah were selected to anchor the midfield behind Timothy Weah, Weston McKennie and Christian Pulisic, with Josh Sargent starting as a lone striker.

Meanwhile, Gareth Bale – at least temporarily – drew level with Chris Gunter's record of 109 Wales caps, with the full-back being named on the bench by Rob Page.

Wayne Hennessey was preferred to Danny Ward in goal behind a back three of Chris Mepham, Joe Rodon and Ben Davies.