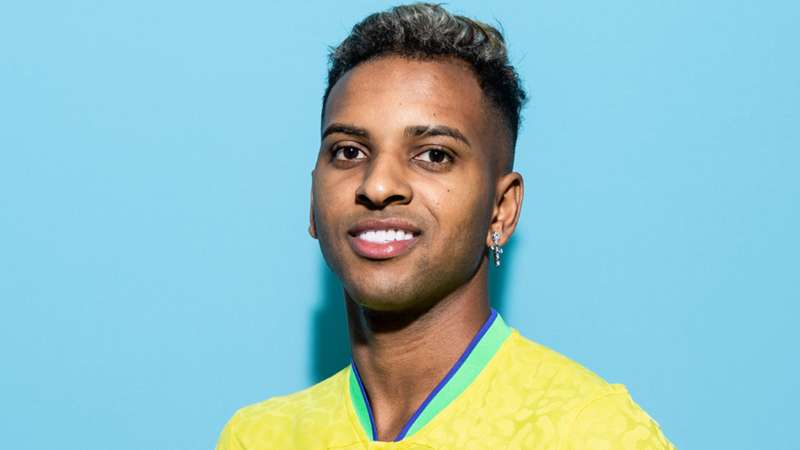 Rodrygo is confident he can deliver for Brazil at the World Cup as he looks to bring an end to 20 years of "suffering".

Having triumphed in 2002, Brazil have since been knocked out at the quarter-finals in three of the last four tournaments, while being hammered 7-1 by Germany at the semi-final stage on home soil in 2014.

At 21, Rodrygo is too young to remember the last triumph by the five-time winners but has experienced his fair share of pain as a supporter and set his sights on involvement in Qatar following Brazil's defeat to Belgium four years ago.

"In 2010, I was in Osasco seeing people paint the streets green and yellow. Nobody was working. School? Forget it. It's not that I skipped school. There was no school. Even the teachers had fled.

"In 2014, I watched it with my dad in Minas Gerais. I prefer not to talk about it. I'm not even going to say the result.

"The loss to Belgium in 2018, I don't ever want to have that feeling again. After the game I sent a message to my dad.  'Now we have to train, because in the next one I'll be there.'

"I know in Brazil nobody is guaranteed a place in the squad, right? Nobody. I hadn't even made my senior debut.  But could you blame me? I was the kid with a dream and a fake Selecao shirt.

"Words have power. Man, I'm living proof. This World Cup, I'm here and I see myself deciding games for Brazil.

After taking on Serbia, Brazil also face Switzerland and Cameroon in Group G.