United States 'can beat anyone' – Berhalter United States head coach Gregg Berhalter is confident his side can defeat anyone on their day, as they prepare to commence their World Cup campaign against Wales.

Eight years ago in Brazil, Berhalter's predecessor Jurgen Klinsmann made it clear the USMNT could not win the tournament which, although a realistic assessment, was seen to be a defeatist mentality in the eyes of many.

Berhalter is not looking to rock the boat fully by declaring his side can go all the way, though he does fancy their chances against any opposition.

"What I do believe is that on our best day we can beat anyone in the world. Anyone," he told ESPN.

"Look, it is a great honour to play in the World Cup, but we don't want to just be participants. We want to perform.

"We think the first step is getting out of the group. And the second step is, in the knockout games, playing our best possible game and seeing how far we can go." 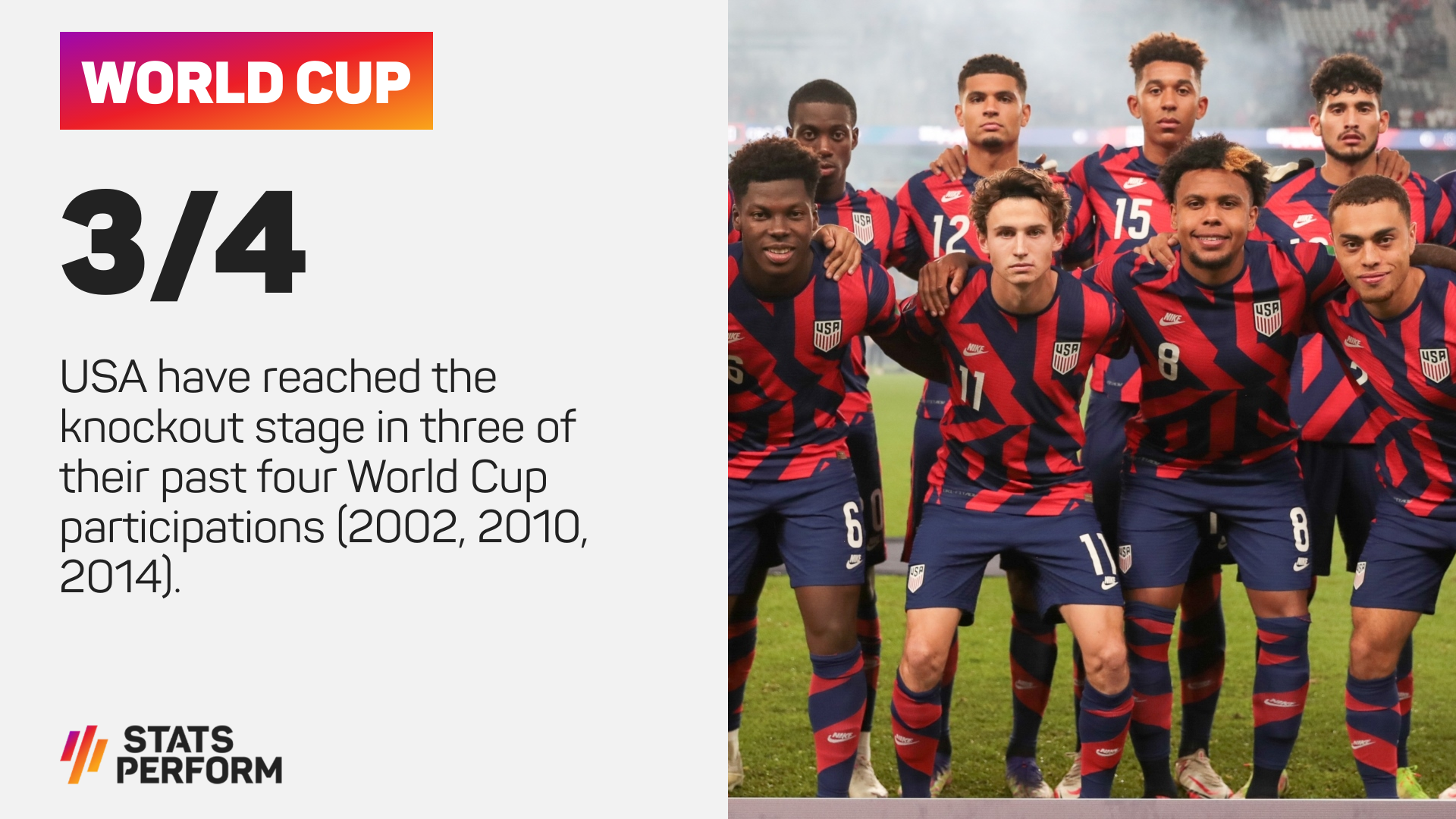 Midfielder Weston McKennie is keen to take it one match at a time, starting with Monday's opener against Wales.

"As a team, as a group, we always want to just focus game by game. So of course with Wales being the first one, there's no way that we're going to look past them or anything because we know they're a strong team.

"We know that it's going to be a hard game. But we definitely want to win the first game, to come out with three points.

"[It's been] just three, four years of just working up to this moment. I think all the guys are ready to go, and the staff are ready to go and put a game plan together. So hopeful we execute that."

The United States also face England and Iran in Group B, as they look to continue their consistent record at the World Cup – only failing to advance from the group stages in four of their nine involvements.