Wales vs Iran: Dragons wary of response from Group B rivals Wales midfielder Harry Wilson is expecting to face a determined Iran side desperate to respond to their opening-game thrashing when the Group B rivals meet on Friday.

Iran began their World Cup campaign with a 6-2 loss at the hands of England, though only once in six participations – at Germany 2006 – have they lost their first two matches.

A late Gareth Bale penalty earned Wales a 1-1 draw against the United States in their opening match and a first win at the World Cup since 1958 will now be the target against Iran.

But midfielder Wilson, who played a full part against the USA, is expecting Iran to put up far more of a fight at Ahmed bin Ali Stadium than they did against England.

"It was a difficult result for them. England was always going to be difficult," Wilson said. "They will be looking for a reaction and I think that is what we are going to see.

"It will be up to us to make sure we are on form to try and get the three points."

Bale won the penalty in which he converted against the USA and now has 41 goals in 109 caps for his country – only team-mate Chris Gunter has played as many times.

"He drags us through tough games and got his goal," Wilson said. "His performances over the years, I think he deserves to play at the World Cup before he retires." 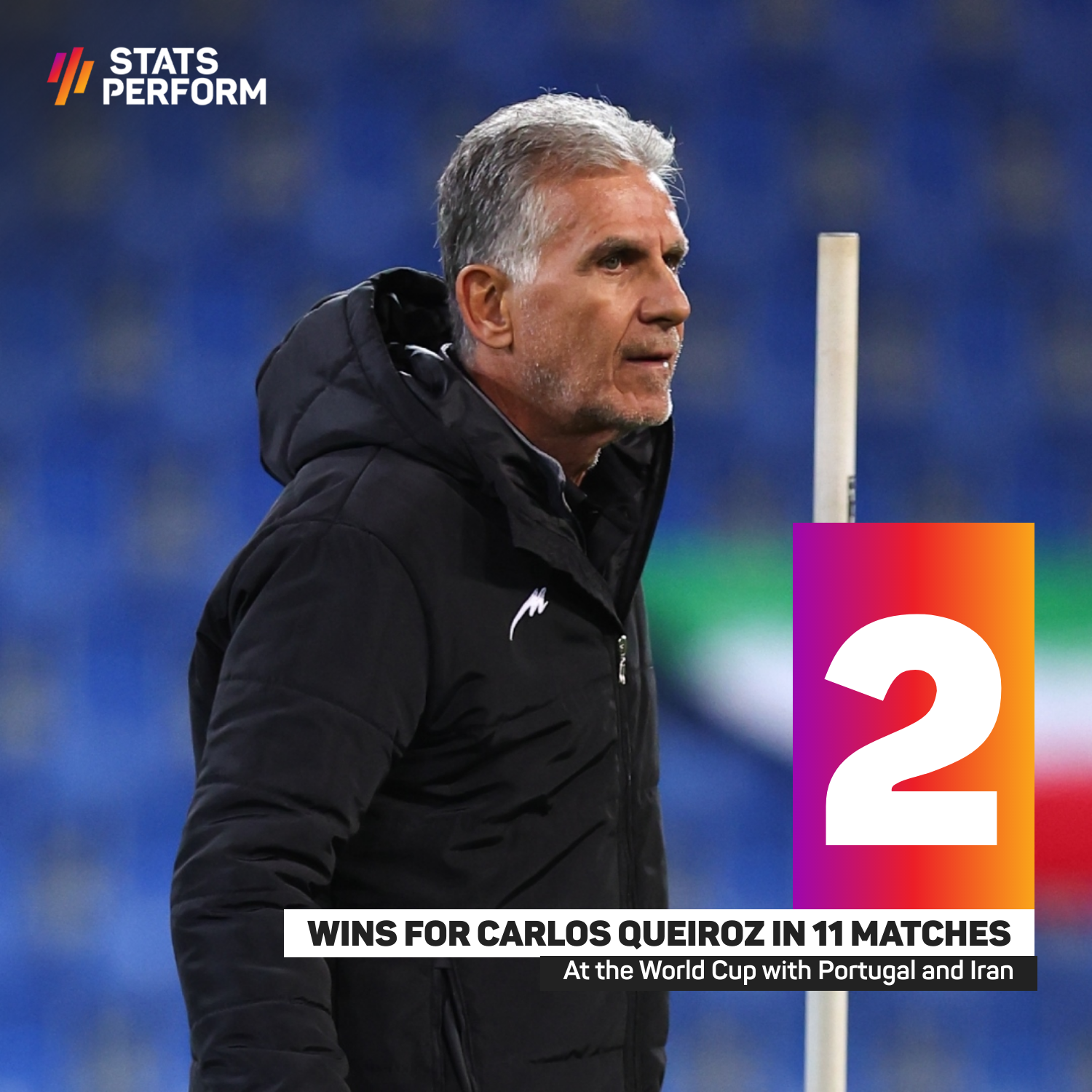 Following their heavy loss to England, Iran have now lost seven and drawn two of their nine meetings with European teams in the tournament, conceding 20 goals.

Anything other than victory against Wales will leave Carlos Queiroz's facing an early exit from Qatar 2022, but the former Manchester United assistant has faith in his players.

"My view [of the England game] is simple and very pragmatic: the game finished in the first half when we conceded the goals we are not used to conceding," he said.

"Being 3-0 down, the only goal for our team was to enjoy the game and to be brave, united and fight to try to play our football in moments England allowed us to do so.

"What I can say as a conclusion is we win or learn. We had the privilege to learn a lot of things against England and we are much better prepared now to play against Wales."

Friday's contest will be just the second ever between the sides, with Wales – ranked one place higher than Iran in the FIFA rankings – winning 1-0 in a friendly 44 years ago.

Bale may have been the hero against the USA, but it was the introduction of Moore at half-time that changed the contest, providing Wales with a focal point in the final third.

Moore was a menace during his time on the pitch, as he was throughout the qualifying campaign, and will surely now start this crucial showdown with Iran.

Despite only playing 45 minutes, Moore was involved in more shots (four, taking three himself) against the USA than any Wales team-mate and also had at least two more touches in the opposition box.

Taremi's performance was a rare shining light for Iran in their defeat to England, with the Porto striker scoring a couple of goals.

That made Taremi the first Iran player to score multiple goals at a World Cup, and also the first player from an Asian country to net twice in a single game in the competition.

The 30-year-old is a certainty to lead the line against Wales, but Queiroz will hope for more from his supporting cast, such as Vahid Amiri and Alireza Jahanbakhsh.

Four of Wales' six games at the World Cup have been drawn (67 per cent), with no side having a higher ratio of their games finishing level in the competition's history.

Stats Perform's supercomputer prediction model has this match down as a 27.6 per cent likelihood of that happening, marginally ahead of the 23.2 chance Iran have of winning.

A Wales win – something they have not achieved in their past six matches – is predicted as the most likely outcome at 49.4 per cent.