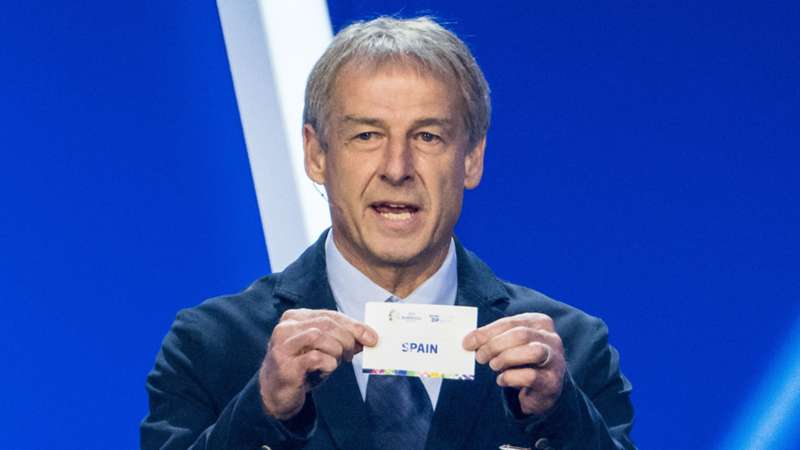 Jurgen Klinsmann believes Germany need a footballing "miracle" to save their skins at the Qatar World Cup after the calamity of their defeat to Japan.

Germany flopped at the group stage of the Russia 2018 finals, and they are in desperate danger of going the same way this time, with coach Hansi Flick needing to draw a markedly different performance from his team against Luis Enrique's La Roja.

Klinsmann, a World Cup winner as a striker with West Germany in 1990, later coached the national team to a place in the 2006 semi-finals, so he has lived the high life on this stage.

Ilkay Gundogan's penalty gave Germany a 33rd-minute lead against Japan on Wednesday, but second-half strikes from Ritsu Doan and Takuma Asano flipped the game on its head.

Now 58, Klinsmann said of his old team's plight: "Obviously it's hugely, hugely disappointing for us Germans.

"The overall performances was just not good enough. It was not what we expected after the disaster in Russia, going home [after] the group stage in Russia.

Speaking on BBC One, Klinsmann said: "They were happy with the first one and thought they were going to cruise the game home, and then Japan punished them. And Japan played really poorly in the first half and you let them back in the game. They were feisty, they were full of energy, and they deserved to win.

"But now Germany, their back's against the wall, and if they're not pulling out a miracle against Spain and beat Spain, they might go home."

Back to work #GER #FIFAWorldCup pic.twitter.com/TPRBT1E3Ow

The Japan game marked the first time that had happened since a 3-2 loss to Austria at the 1978 tournament, with Germany having been unbeaten in 21 such matches before letting it slide against Hajime Moriyasu's team.

For Japan, it was the first time they had come from behind to win a World Cup game, and a win against Costa Rica on Sunday will assure them of a last-16 spot if Germany lose to Spain.

Germany lost their opener to Mexico at the 2018 World Cup but came back to snatch a dramatic win over Sweden in their second game, only to tumble out after a defeat to South Korea on the third matchday.