Federer retires: 'He was nearly unbeatable' – Lleyton Hewitt and Richard Gasquet reflect on a legend 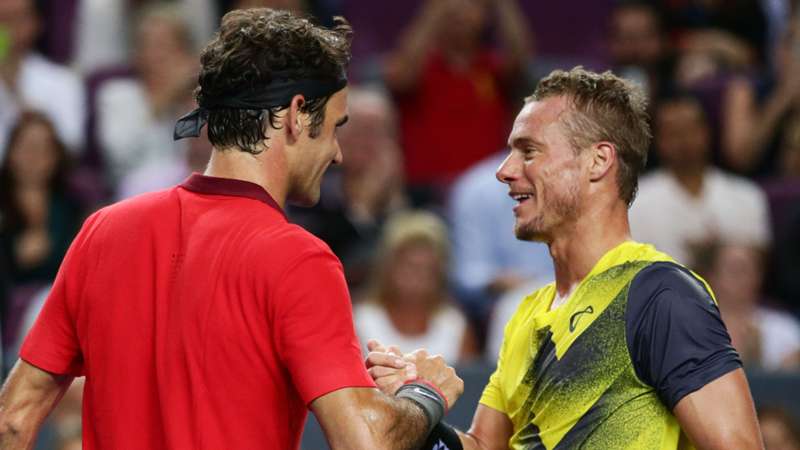 Both Lleyton Hewitt and Richard Gasquet used their media availability at the Davis Cup on Thursday to give their respect to Roger Federer after he announced his retirement on social media.

They came through in the same era, with Federer quickly overtaking the Australian as the sport's top attraction, and he would retain that mantle for over a decade as he and Rafael Nadal began their legendary rivalry.

Reflecting on their time on tour together, Hewitt called him "nearly unbeatable" as he shared his admiration.

"Yeah, he was from my kind of era, I guess," he said. "We were the same age, we grew up together in juniors.

"I knew Roger extremely well and probably saw him slightly different to everyone else as well, because we grew up together. But he was the greatest of that time.

"You know, obviously there are a couple of other guys now that are really putting their hand up, but he went clear easily from a grand slam perspective and really just his win-loss ratio [in the] mid-2000s era, he was nearly unbeatable.

"It was pretty much only Rafa [Nadal] that could get him, especially on the clay. But most of all he's been a great ambassador for our sport.

"I've always said that you don't want to push those guys out of the game too early.

"Everyone wants to talk about retirement. When are they going to retire? You want to hold on to those greats. They've done so many special things for our sport.

"But yeah, obviously, the body – you get to my age and his age now, and it's not easy. He's done everything in the sport that you could ever dream of."

In his own interview, Gasquet shared the sentiment, declaring "there is only one Roger Federer".

"It is a big shock – he is a legend of the game," he said. "It's not easy for anybody, I know it will be a big thing at the Laver Cup. I'm sure it will be wonderful there.

"It's a tough loss for tennis. It will be different after that. It's still tennis, but it won't be the same without Federer.

"I was leading 1-0 against him [head-to-head], I won in Monte Carlo – but after that I lost maybe 20 times. I'm not the only one of course, it was incredible when I got to face him.

"He is a legend of the game, everybody knows it. The technique, the charisma – everything was crazy. There is only one Roger Federer."