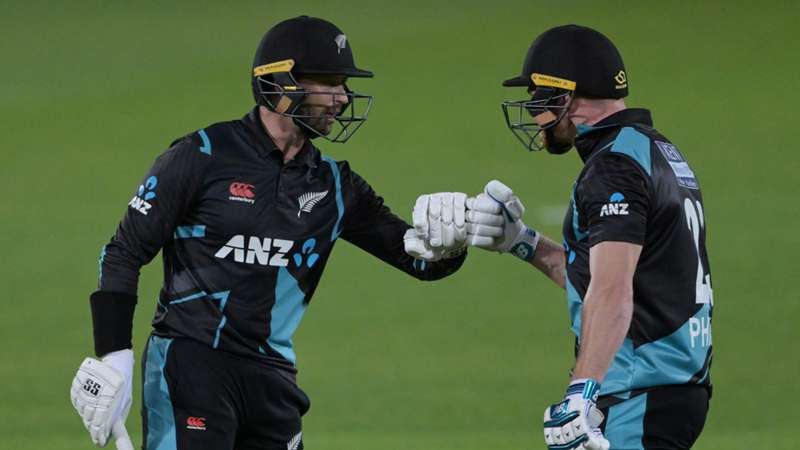 Rain dashed New Zealand's hopes of a drawn T20 series with India, as the two sides tied their final match on DLS after the heavens opened at McLean Park.

But hopes of a grandstand finish were dashed when both sides were pulled from the field with India on 75-4 in pursuit after nine overs.

That meant Hardik Pandya's side had matched the par score under the Duckworth-Lewis-Stern method, ensuring that with no restart, the match became a rare tie in T20 international cricket.

After a washout in Wellington saw no result, India had run out convincing victors in Mount Maunganui on Sunday to take the lead heading into this final contest.

They therefore hold on to win the series 1-0, with the two teams now set to meet in a trio of ODIs starting on Friday in Auckland.

Having fallen short in the T20 World Cup earlier this month, victory over the Black Caps has been a restorative process for India over the past week, despite the weather.

With four wickets down on the scoreboard, there would have been a question over whether they were likely to catch New Zealand's total – but the weather means they have a series win to their name.

Conway and Phillips' efforts in vain

With close to 75 per cent of New Zealand's total posted between them, Conway and Phillips rescued what could have otherwise been a worryingly low score for New Zealand.

Ultimately, with Tim Southee having taken 2-29 off three overs, their efforts might have been enough to see them home, had the weather not intervened.