Suryakumar stars as India ease to victory over New Zealand 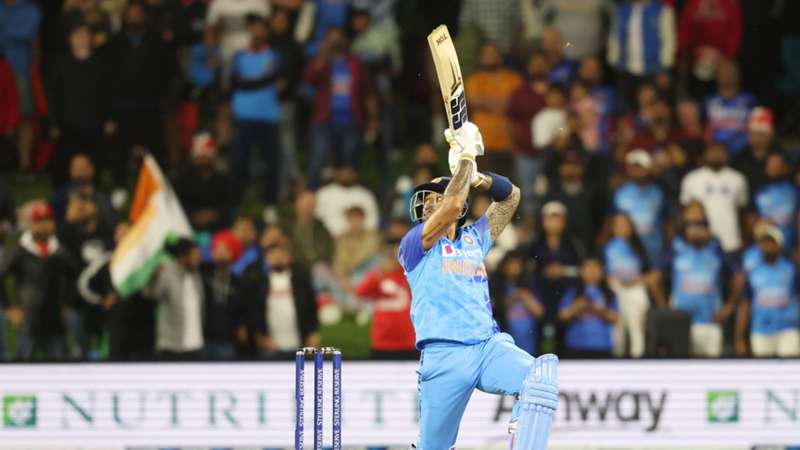 Suryakumar Yadav struck 111 not out off 51 balls to guide India to a 65-run victory over New Zealand in Sunday's second T20I at Bay Oval.

Suryakumar hit seven sixes and 11 fours to further underline why he is the world's top-ranked T20 batter, while Ishan Kishan chipped in with 36 as India's next highest scorer.

The Men in Blue reached 191-6 and New Zealand fell well short as they were skittled for 126 in the 19th over, with skipper Kane Williamson (61) supplying almost half their runs.

Rain at times threatened the contest, with India 50-1 in the seventh over when players were forced off the field, but play resumed and India wasted no time in wrapping things up.

Spinner Deepak Hooda starred with the ball by taking 4-10 off 2.5 overs, including the last three scalps in the space of four balls.

India suffered T20 World Cup semi-final disappointment last week, as did opponents New Zealand, but they bounced back with this well-earned victory.

They have now won each of their past four T20Is with New Zealand, including each of the past four, making this their best ever winning run against the Black Caps in the format.

Tim Southee gave New Zealand some hope when removing skipper Hardik Pandya, Washington Sundar and Deepak in the final over for his second career hat-trick.

But the damage had already been done by Suryakumar, who raced to a 49-ball hundred en route to 111 in his latest dazzling display with the bat.