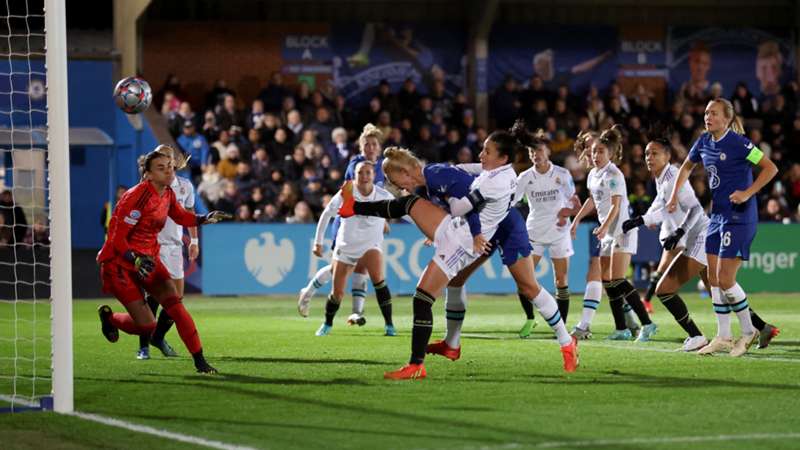 Goals from Sophie Ingle and Erin Cuthbert put Chelsea on the verge of qualification from Group A of the Women's Champions League as they beat Real Madrid 2-0 on Wednesday.

The win means Chelsea maintain their 100 per cent record from three games, sitting five points ahead of Madrid and Paris Saint-Germain, who thrashed Vllaznia 5-0 to record their first victory of the campaign.

PSG eased to the win against their Albanian opponents thanks to goals from Grace Geyoro, a Matilda Gjergji own goal, a Ramona Bachmann penalty, Sandy Baltimore and substitute Magnaba Folquet.

In Group B, Roma took an early lead against Wolfsburg through Valentina Giacinti, before Ewa Pajor equalised for the visitors – her fourth Champions League goal in three games – to share the spoils.

St. Polten won their first points of this year's competition with a hard-fought 1-0 win at Slavia Prague, with Maria Mikolajova scoring a sensational 91st-minute winner for the Austrians.

"I decided to shoot at the very last moment," Mikolajova said after the game. "I was thinking about passing the ball, but made the right decision. It is hard to describe how I felt when the ball went in because it's a very important win."

That leaves Slavia Prague bottom with zero points, three behind St. Polten, while Wolfsburg and Roma remain clear at the top with seven each at the halfway point of the group stage.