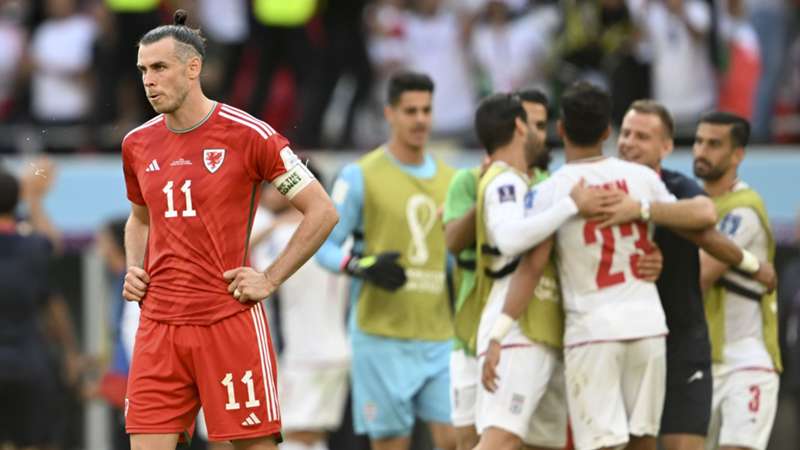 Gareth Bale accepts it will be "difficult" for Wales to keep their World Cup dream alive following Friday's demoralising 2-0 defeat to Iran.

Wales, meanwhile, must now beat England in Tuesday's final group-stage game to have any chance of extending their first World Cup campaign since 1958, and Bale knows they face an uphill task.

"It's gutting, we're gutted, there is no other way to say it," he told BBC Sport.

"We fought until the last second and it's one of those things.

"It is going to be difficult, but we have one game left, we have to try to look at every positive and try to enjoy the occasion as well."

Wales are now on a seven-game winless run in all competitions, their longest since they embarked on an identical sequence in 2003 (D2 L5 on both occasions).

98 - Roozbeh Cheshmi's goal (97:56) against Wales was the latest match-winning strike scored in any World Cup game (excl. extra-time) since exact goal times are available for the competition (from 1966). Stoppage. pic.twitter.com/lbk1vlbGQN

Winger Daniel James, meanwhile, says Wales must approach their must-win meeting with the Three Lions with a positive mindset.

"Obviously, they [England] play tonight [against the United States] and then we've got to go into that game with no fear," James told reporters.

"We've got nothing to lose. We're here, we've got one game left and we can't go into that thinking we've already lost.

"We can pick ourselves up. It's going to be a tough one for the boys to take today but tomorrow we'll dust ourselves off and get ready for that one.

"England have got top players, but we have to go into that game with no fear."