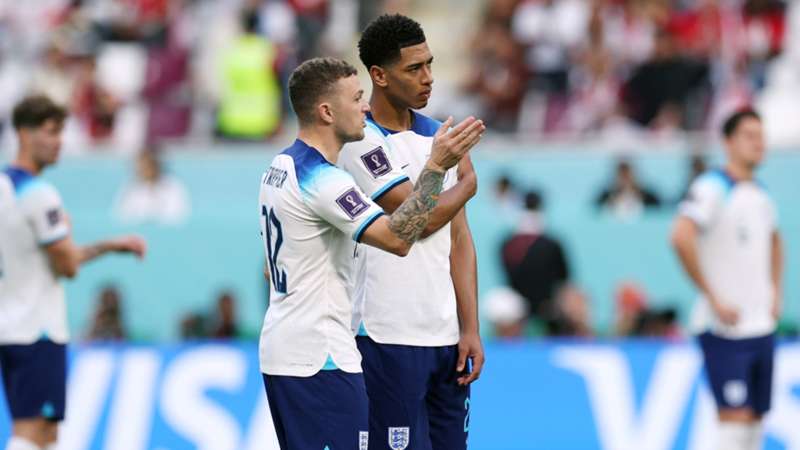 England defender Kieran Trippier heaped praise on the "unbelievable" Jude Bellingham after he played a starring role in the Three Lions' 6-2 hammering of Iran in their World Cup opener.

Their attacking mentality certainly paid off, as did the selection of Bellingham, who opened the scoring just past the half-hour mark with a fine header after a trademark late run into the box, making him England's second-youngest World Cup goalscorer of all time.

While that was the only goal or assist the 19-year-old recorded, Bellingham also played a part in the build-up to Raheem Sterling making it 3-0, and he also released Callum Wilson when the Newcastle United striker set up Jack Grealish's late tap-in.

Bellingham offered drive and purpose to an England midfield often criticised for being too negative, and Trippier was full of admiration.

"Bellingham is an unbelievable player for such a young age," he told BBC Radio 5 Live.

England 6-2 Iran: Five England players score their first ever World Cup goal in a game that felt like it would never end. Gareth Southgate's side put a marker down...#FIFAWorldCup pic.twitter.com/pvETfsSXlO

"He is playing at such a high level and he is not afraid. He's got to keep his feet on the ground and keep performing at a high level, like I know he will."

With Bellingham and the Arsenal man both netting, it was the first time in World Cup history that England had two players aged 21 or younger score in a single game, and the impact of the Three Lions' youngsters left Trippier thrilled.

"I'm delighted for them, getting the first goals in the first game," he continued.

"They've all worked so hard. They have great experience for such a young age. Now, it's just about expressing themselves and enjoying it, that's the most important thing.

England are next in action against the United States on Friday. Iran face Wales the same day.