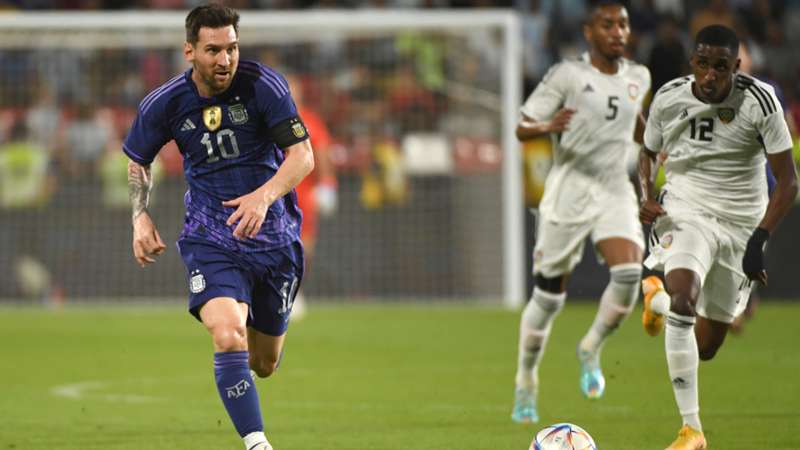 Lionel Messi begins his World Cup campaign on Tuesday against Saudi Arabia, whose head coach is looking forward to the challenge.

All six of Messi's goals at previous World Cups have been scored in the group stages, while he has netted 12 times in 19 games for Paris Saint-Germain this season.

Speaking at a press conference on Monday, Renard said: "Cristiano [Ronaldo] and Messi are football legends and thanks to them, football is different. It's an honour to be here and play against them.

"When there's a fight you have to be one hundred per cent motivated to beat the best. That's the beauty of sport. In sport, there can always be surprises.

"We have to be ready. Above all, we have to be very good in all three games, not only against Argentina. All three are equally important."

Saudi Arabia will come up against Mexico and Poland after taking on the Albiceleste in what appears an incredibly challenging task for Renard's men in Group C.

While conceding it is unlikely Saudi Arabia will qualify, Renard insisted his team – ranked 51st in the FIFA rankings, one place below hosts Qatar – will "fight against the forecasts".

"We love it when they forget about us from the outside," he said. "We like this, that they consider us the smallest team. It doesn't matter to us. It's justified if we take into account the FIFA ranking.

"I don't think we'll go to the next round but we're here to fight against the forecasts. In the World Cup, there are surprises and that is the mentality we have."