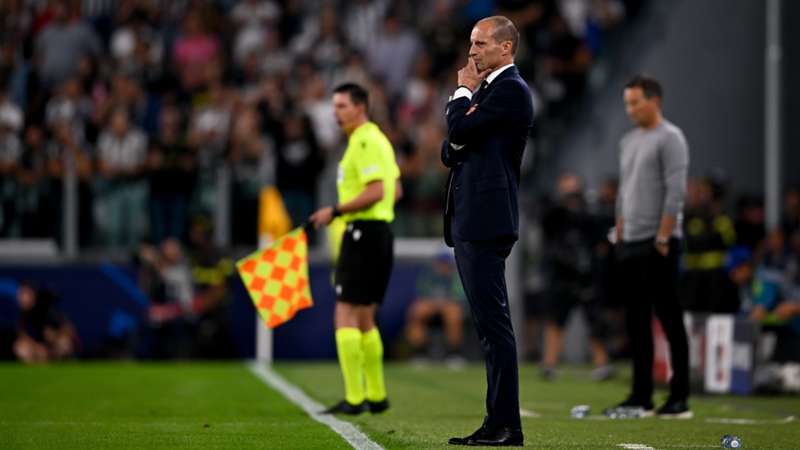 Massimiliano Allegri insisted he has no fears for his Juventus job as he urged the Bianconeri to put worries aside to respond to their Champions League defeat to Benfica.

That marked the first time Juve have opened a Champions League group stage with two losses, while they suffered three straight defeats in Europe's premier club competition for the first time since September 1972.

With just one win in seven games amid a poor run in Serie A, pressure continues to grow on Allegri but the Juve coach remains confident he is the right man to take the Bianconeri forward.

"Absolutely yes, we have a bit of difficulty but there are a few players missing," Allegri responded to Amazon Prime Video when asked if he felt he could turn things around.

"We must work with calmness and with the responsibility of all."

1 - Juventus have lost each of their first two group stage games of a UEFA Champions League campaign for their first time ever. Fall. #JuveBenfica pic.twitter.com/Og1MbcLMBy

Juve have won just one of their last seven games in Europe against Benfica, who moved level at the top of Group H with Paris Saint-Germain after the Ligue 1 side downed Maccabi Haifa 3-1 on Wednesday.

The Bianconeri had no response to the dominance of Benfica, who had previously lost 10 of their last 12 visits against Italian sides, leading Allegri to call on a response from his players.

"It is difficult to explain what happened but after going 2-1 down, the match is over. The performance would have been bad too [even if we got] a draw," he told Sky Sport Italia.

"Now we don't need to talk, just work and think about on the pitch. I told the team that in football these moments happen and you have to get out of them as a collective.

"In the Champions League it's hard, but it's not finished. I understand the difficult moment for the team. We don't have to think about worries, we just have to do."

Juve will hope to respond when they visit Monza in Serie A on Sunday, with their next Champions League clash coming against Maccabi Haifa at home on October 5.