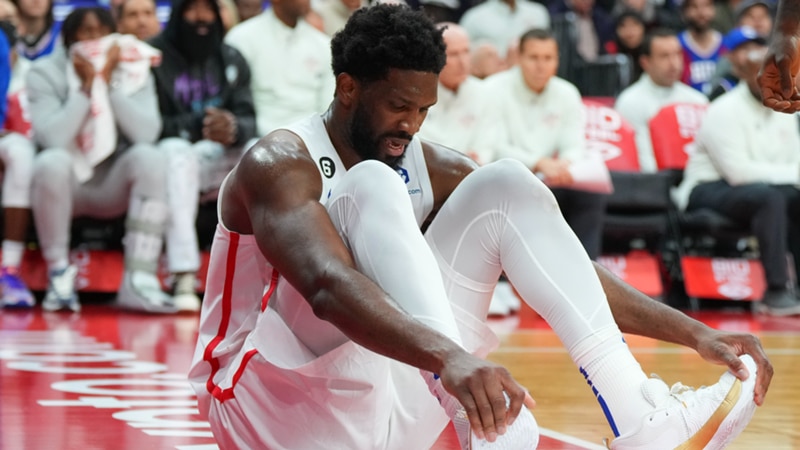 Joel Embiid was more concerned about Philadelphia 76ers teammate Tyrese Maxey's foot injury than his own rolled ankle which saw him hobble through Saturday's 112-109 loss to the Minnesota Timberwolves.

Embiid hurt his ankle when he tripped over teammate Georges Niang with 5:53 remaining in the fourth quarter, staying grounded as he was attended to by a trainer before hobbling to the bench at Wells Fargo Center.

The Sixers center returned to the court and hit a crucial three-pointer but ran with a limp throughout, while he also hobbled at his post-game press conference.

"I think it's a turned ankle," Rivers said. "He went back in and played, so I think he's good. Anybody who goes to the floor, I always worry."

Embiid expressed more concern for Maxey, who was hurt in Friday's 110-102 win over the Milwaukee Bucks, with an MRI scan on Saturday confirming a fractured foot which will sideline him for three to four weeks.

"It really hit me when I heard the news about him missing some time, too," said Embiid, who scored 32 points with nine rebounds and six assists against the Timberwolves.

"That's why even starting the game, I really wasn’t in the game to start the game, but that's why I was trying to really play make and try to get everybody involved and all of that."

"I just felt bad for him because he puts in so much work and, he takes care of himself," he said. "Obviously, missing James to the same thing and Tobias being hurt. It does suck, but it’s next man up."