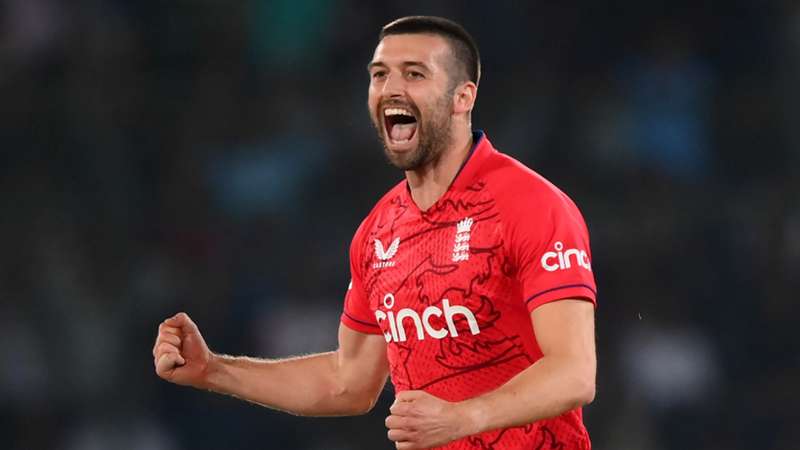 Mark Wood made an explosive return after maiden Twenty20 International half-centuries for Harry Brook and Ben Duckett as England thrashed Pakistan by 63 runs to take a 2-1 series lead.

Pakistan fell short on 158-8, Wood taking 3-25 in his first match for six months following two elbow operations, with a first T20I half-century for Shan Masood (66no from 40) in vain.

Will Jacks, in for Alex Hales, struck an impressive 40 off 22 balls after Babar put England in, before Usman Qadir (2-48) got rid of the debutant and Dawid Malan (14).

England were 82-3 when Jacks departed, but Duckett and Brook combined for a match-winning stand to silence the crowd a day after Babar and Rizwan put on a show.

The right and left-hand combination showed the tourists' strength in depth with the bat as the Pakistan bowlers were unable to contain them.

Babar and Rizwan could not repeat their heroics from the previous day, when they put on 203, the hostile Wood dismissing the captain for eight and Haider Ali for just three.

Reece Topley cleaned up Rizwan in a nightmare start to Pakistan's run chase and Adil Rashid took 2-32 as Babar's side never looked like chasing down their target despite the best efforts of Masood.

Brook and Duckett come to the fore

Big things are expected of Brook, who made his Test debut against South Africa at The Oval this month, and the 23-year-old showed precisely why as he made a brilliant maiden half-century for his country.

He struck five sixes and eight fours, timing the ball sweetly as he piled on the runs on both sides of the wicket and facing only 24 balls for his fifty.

Duckett played the spinners superbly, sweeping with authority to bring up his half-century from just 31 balls.

Wood back with a bang

The luckless Wood had been out since March due to more injury woes, but generated blistering pace and looked like he had never been away.

Wood claimed the huge wicket of Babar, caught on the boundary by Topley from a searing delivery, and saw the back of Haider in a breathtaking opening burst, then returning to remove Haris Rauf in the penultimate over.