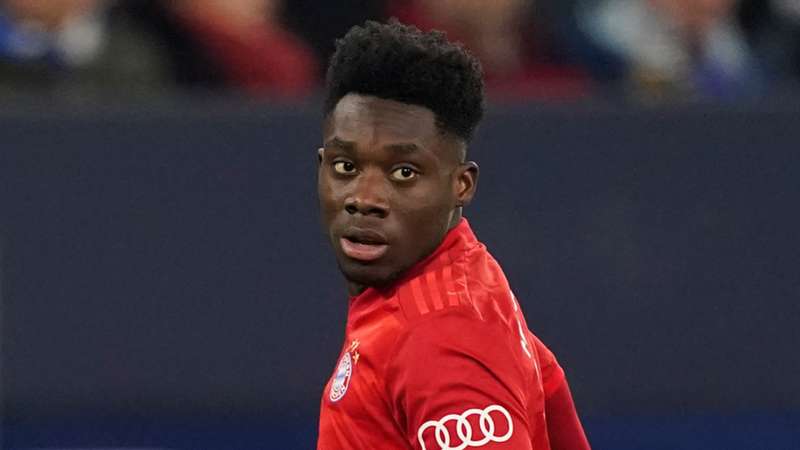 Head coach John Herdman says Canada are "doing everything we can" to allow Alphonso Davies to feature in their World Cup opener against Belgium.

The 22-year-old participated in training on Saturday, but it is not clear whether he will be cleared for involvement on Wednesday, when Canada play their first World Cup match since 1986.

Herdman acknowledged players of Davies' calibre are necessary against a top-tier team such as Belgium, though he will not rush the left-sided player.

"My mission is to make sure he plays at this World Cup, it's a childhood dream for him," Herdman said in Saturday's press conference.

"But I have to say Belgium's another level, we haven't faced a team of that level since we played against Brazil [a 3-2 friendly loss in 2008].

"You need players like Alphonso, whether that's starting, or off the bench. So, we're doing everything we can.

"He's still building towards hitting his top speed. He hasn't hit that top speed yet and when you have hamstring injuries that's always the key moment. That's when the hamstring is pushed to its limits."

Davies is not Canada's only injury concern heading into the tournament, with influential midfielder Stephen Eustaquio recovering from muscle soreness.

"It's another calculation. It's an algorithm we're trying to process now of is he hitting his markers?" Herdman said.

"It really is mathematics, of what he can tolerate now through these next three training days to show that he's ready to start.

"If there's not a starting position, I'm sure he'll be coming off the bench. But there's no guarantees Stephen Eustaquio will start against Belgium at this point."

Canada will also come up against Morocco and defeated 2018 World Cup finalists Croatia in Group F, giving Herdman's side a tough task to qualify for the knockout stages.