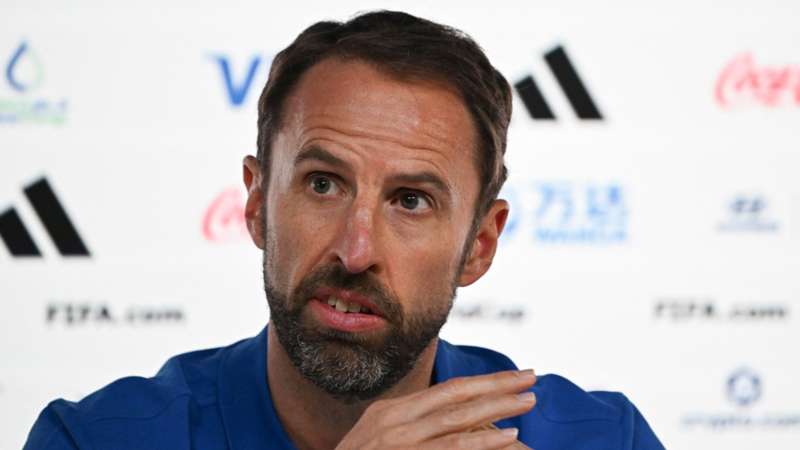 Gareth Southgate does not feel any pressure for England to produce a political statement akin to Germany's team photo at this World Cup.

When FIFA threatened sporting sanctions – expected to be a yellow card for the captains – the teams involved backed out.

Germany still produced a demonstration, however, as their players covered their mouths for their team photo ahead of the defeat to Japan, suggesting FIFA was "denying us a voice".

Southgate was asked on Thursday if England would have a unique protest of their own, but he replied: "No, I don't think we should feel any pressure [to do so].

"I think we've spoken on these particular topics for over a year and we've supported all manner of good causes, whether that's individuals in our team or as a collective. I think there's a risk that everybody tries to escalate...

"Are we to try to produce a better video than Australia did? That would be impossible. They did it brilliantly. Do we have to come up with a better gesture than Germany did?

"We've got to be comfortable with we stand for. That's not to say we won't do anything moving forward, if the timing's right, but if we're rushing to be seen to be doing something then we could make an error which doesn't land well.

"At this moment in time, for the players and myself especially, we've got to be focusing on the games.

"Of course, the FA takes the responsibility seriously; we're never going to duck any questions. The fact we're still talking about these matters keeps them in the spotlight and helps to raise awareness.

"We're definitely hugely supportive of our LGBTQ fanbase, and I know some of them feel a little bit disappointed with the armband not being worn.

"We will be criticised for that, but sometimes we've just got to accept the criticism and move on with it. That's as I see it.

"If we're confident about ourselves and where we stand, we shouldn't worry about needing to do something to be seen to be doing it."

Southgate was also asked if the Football Association should continue to support FIFA president Gianni Infantino, although he did not feel that conversation was within his remit.

"In my opinion, the coach of the team should coach the team, and the executives of the federation should comment on a higher level," he said.

"I noticed Kasper [Schmeichel, Denmark's goalkeeper] after the game was saying how difficult this has been for him. I've got to know him well, and I can emphasise.

"We're all spending so much time talking about non-football matters that it's hard to have the bandwidth to deal with preparing the team.

"Preparing the team at any time is difficult, and preparing them at a major tournament is even more complicated. It's not for me.