Japan's winning goal one of the easiest in World Cup history, claims Gundogan 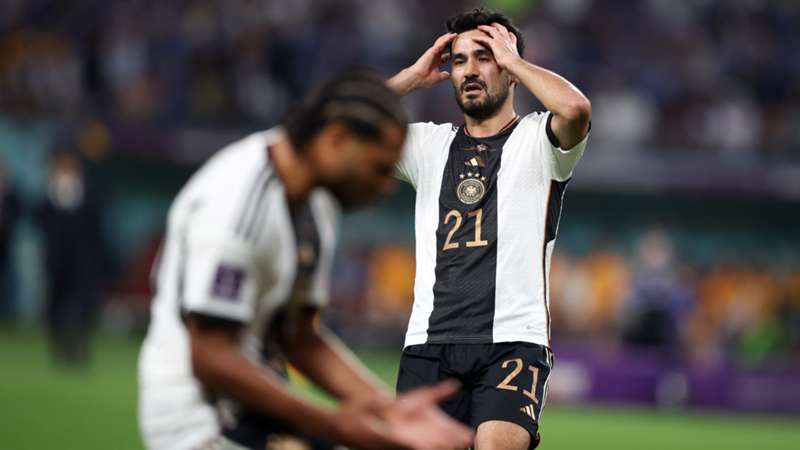 Japan's winning goal in Wednesday's surprise victory over Germany was one of the easiest ever scored at a World Cup, according to Ilkay Gundogan.

Asano's winner was the result of some dismal defending from Niklas Sule, who inexplicably played the 28-year-old onside from Ko Itakura's long ball, and Gundogan cannot recall a more straightforward goal being scored on the biggest stage.

"We made it too easy for Japan, especially with the second goal. I don't know if an easier goal has ever been scored at a World Cup," Gundogan told reporters.

"It can't happen. This is a World Cup. We dominated the game for the most part, Manu [Neuer] saved us once in the second half. That's why we have him.

"We had incredible opportunities up front, but we didn't score the second goal. How the goals came about was far too easy.

3.3 - Germany lost 1-2 to Japan despite a tally of 3.3 Expected Goals - since Opta collects this data (1966 onwards), no team has ever lost a World Cup match with such a high xG value. Wasteful. #GERJPN #FIFAWorldCup pic.twitter.com/eGpBO0hFU7

"We relied on long balls in the second half and the short balls we played were lost easily and quickly. You felt like not everyone wanted the ball."

As well as dealing a blow to the hopes of the country where they ply their trade, Doan and Asano became the first pair of substitutes to score in a single World Cup game against Germany.

Wednesday's game also represented Japan's first win against Die Mannschaft, with the Samurai Blue having posted one loss and one draw in the teams' two previous meetings.